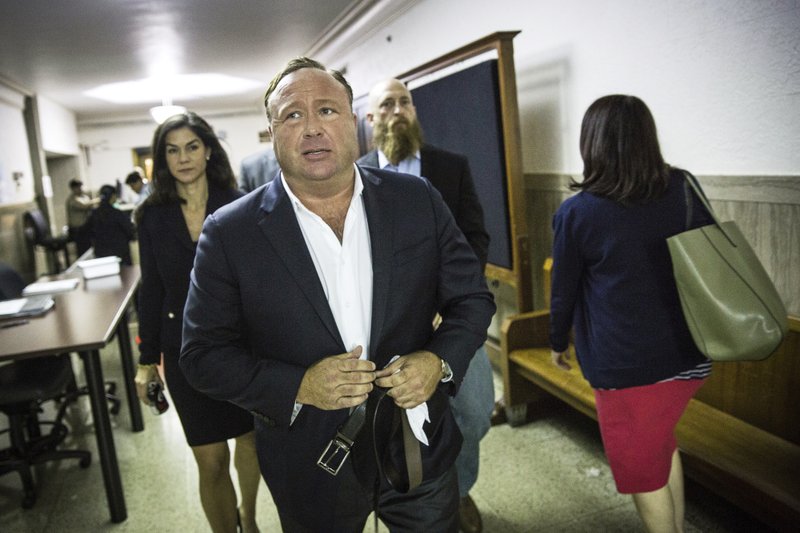 After drawing criticism for inaction, Twitter followed in the footsteps of its technology industry counterparts late Tuesday and suspended the far-right conspiratorial commentator Alex Jones, the company said.

Twitter said that Jones, whose Infowars shows have been banned by Facebook, Youtube, Spotify, Apple and others in recent weeks, had posted a new show which violated the company’s rules prohibiting violent threats.

On the show, which was published on Twitter’s video-streaming service Periscope, Jones told supporters to get their “battle rifles” ready against antifa, the mainstream media, and as well as Chinese communist operatives, which he described using a disparaging term.

The company asked Jones to delete the post — Twitter does not remove tweets on its own, a spokesman said — and banned him from tweeting for seven days, though he is permitted to browse Twitter.

Twitter has struggled to articulate a clear stance in recent weeks as its counterparts, starting with Apple, removed Jones’ content in rapid succession. The moves have created a renewed debate over free speech versus safety online.

Until now, chief executive Jack Dorsey had said that Jones hadn’t violated Twitter’s policies. The company has policies against harassment and hate speech, but does not ban accounts for posting false information. Executives say that they also want to promote “healthy conversation,” and are monitoring behaviors such as trolling more closely.

Jones, who until recent weeks had a huge online following, has argued that the Sandy Hook school shooting was a hoax.