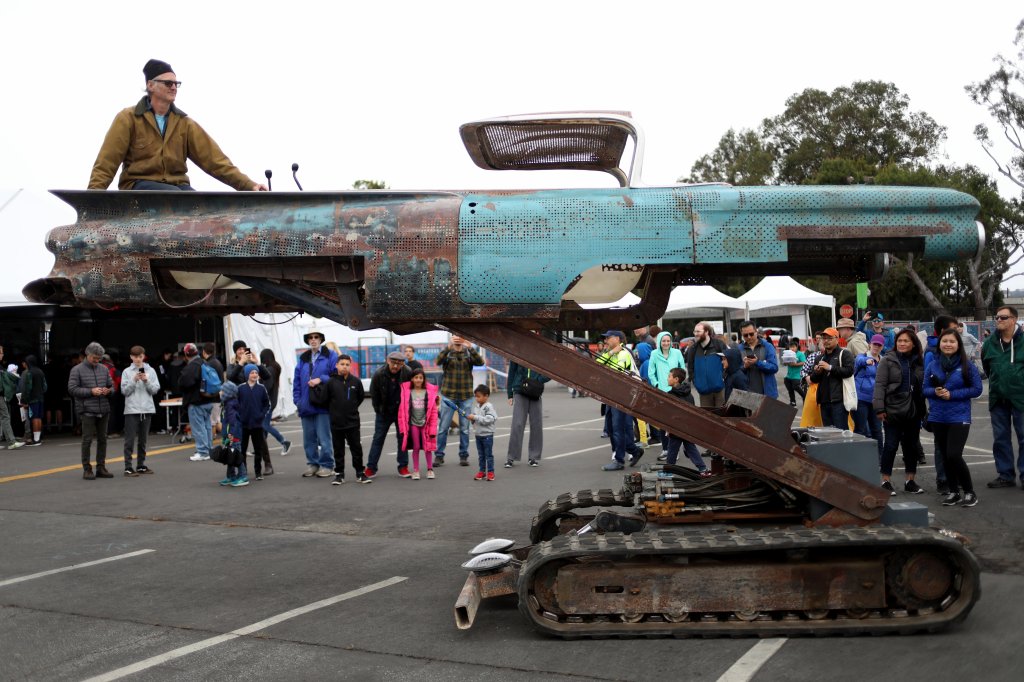 Begun as a way to inspire creatives of all types with do-it-yourself tips and tricks, the company behind San Mateo’s iconic Maker Faire and Make: Magazine officially went out of business this week.

Maker Media, Inc. founder and CEO Dale Dougherty said Saturday all the employees were let go Monday, June 3, and he’s since been in the process of closing out the company. Dougherty founded Make: Magazine 15 years ago as way to celebrate the weird and wondrous inventions of basement tinkerers and backyard robotics builders, driveway mechanics and homegrown scientists.

It was partly a way to eschew an increasingly consumer-oriented culture, partly a way to showcase the boundless possibilities of emerging advances in artificial intelligence, drones, robotics, rockets, 3-D printing and other technologies. Maker Faire — a celebration of those homespun creations — followed a year later as a way for people who make stuff to meet and share ideas.

Since then, the event has exploded into an international educational phenomenon, with 200 affiliated events that share the “Maker Faire” moniker but are produced independently; only the fairs in San Mateo, New York City and Riyadh, Saudi Arabia are produced by Maker Media. The maker ethos has seeped into schoolrooms and manifested in meetups, clubs and other countless other community events.

But corporate sponsorship of the magazine and the flagship events has lagged over the last several years, Dougherty said, and at San Mateo’s Maker Faire in May, Dougherty warned it could be the last one.

While some of the maker events receive government or foundation funding, the Maker Media fairs have never received that type of support, he said. And private investors, accustomed to huge payouts, have steadily lost interest in a business that breaks even, but only barely.

“We had a great mission,” Dougherty said, “but we weren’t going to make a lot of profit for investors.”

While it’s the end of the for-profit company, Dougherty is hopeful it could be the start of something new, likely a non-profit. Melding the maker ethos with education has been the most successful outcome of the endeavor, he said. And there’s still plenty of room to grow.

“We figured out how to do things without a lot of resources and spread this idea around,” Dougherty said.

And even with two days of rain at May’s Maker Faire in San Mateo, attendees still came out by the tens of thousands, he said, adding, “It told me this work is important. I just can’t figure out how to fund this myself and why it’s just my problem.”

It will take some time to close out Maker Media and negotiate with banks and lawyers, Dougherty said, in an effort to retain whatever assets from the business he can while exploring the possibility of forming a nonprofit. In the meantime, he’s open to anyone, especially anyone with resources, who is ready to embrace the DIY ethos, roll up shirt sleeves, and help keep the maker movement going.