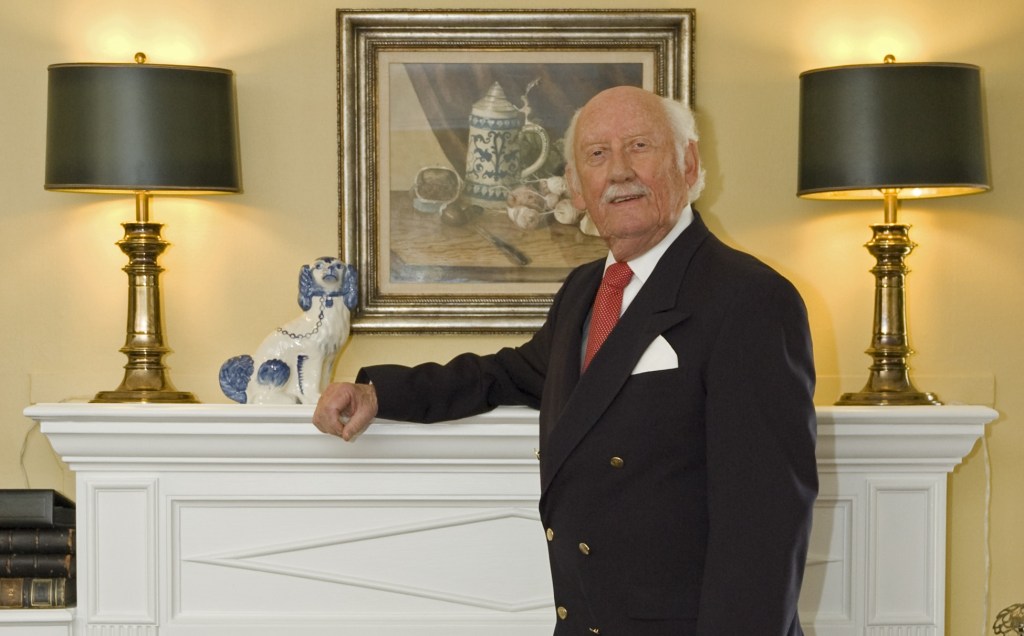 Joe Knowland, who died in March at age 88, was an influential guy. But few know about one important piece of his legacy.

The Knowlands were once a mighty force in California: Joe’s great-grandfather made a fortune in timber and shipping, his grandfather was a congressman before buying the Oakland Tribune, and his father was a U.S. senator sometimes mentioned as a possible Republican presidential candidate.

I encountered Joe Knowland around 1974, when he was publisher of the Tribune. Bill Rivers, a beloved Stanford professor, invited him to speak to our communication class. I expected a sober and buttoned-down personage, befitting his heritage as a scion of wealth and power. Boy, was I mistaken.

He was a wild man. He jumped around the podium. He waved his arms madly. He spoke in excited bursts. And he spewed absolute nonsense.

In the future, he insisted, we’d all get our newspapers on television screens! Instead of photographs, stories would be accompanied by video reports! If you were interested in a topic, you could get more stories whenever you wanted!

Remember, this was years before the advent of personal computers, let alone multimedia or the Internet.

We students peppered him with skeptical questions. How many editions would these “electronic newspapers” publish in a day? There’ll be no such thing as “editions,” he said. The newspaper will be continuously published 24 hours a day, 365 days a year, whenever news happens. Wait, so you mean that if one person logs in 10 minutes after another, they might get a different newspaper? “Exactly.” What if you wanted to take the paper with you, to the bus or the john? Well, you might have a printer hooked up to the TV, but most people will just read the news right on the screen.

It was a glimpse into a digital future that none of us in the class could even imagine. And it was all delivered with the affect of a hyperactive child. It was a memorable performance, sure. But I and my friends were unanimous in our opinion: This guy was completely out of his mind.

Flash forward 20 years. The Web is just beginning to penetrate public consciousness, and I’m part of a tiny team with a mandate to “figure out what an online Wall Street Journal should be, and then build it.” As part of the first wave of digital journalism, we had no precedent to guide us as we grappled with innumerable questions about how we should approach the new medium.

Time and again, I found myself remembering that class and that day.

When would our news desk be manned? Well, Knowland said news can happen anytime, so we’ll be staffed round-the-clock. How often would we publish? As soon and as often as we have new news to report. From the vantage point of 2019, these things seem crashingly self-evident, but believe me, they weren’t at all self-evident in 1994 — let alone 1974.

As it happened, Knowland never got to put his vision into practice. The family sold the Tribune in 1977; it’s now rolled into the East Bay Times. Knowland moved on to a career as, of all things, a character actor; he had a small part in Star Trek IV: The Voyage Home — the one with the whales — as the shopkeeper who buys Captain Kirk’s antique eyeglasses.

But his prescience about the future of online news should be noted, and honored. Ten or so years ago, I wrote him, reminding him of that Stanford class and telling him how I had used his ideas to help shape WSJ.com — which in turn influenced many of the online services that came after us.

So, I told him, if he had ever looked at the development of online news and thought to himself, “Yeah, that’s the way I always figured it would happen” — well, there was a reason for that.

Rich Jaroslovsky was the first managing editor of WSJ.com and founded the Online News Association. He’s currently vice president for content at mobile news aggregator SmartNews, and teaches a course on the history of online news at UC Berkeley.