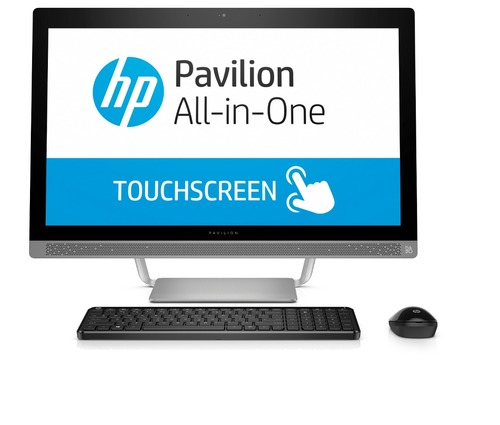 I recently wrote a positive review about a  $1,214 Lenovo All-in-One PC with 16 GB of memory and a 2 TB drive. But, at the end of the column, I advised readers, “Before buying any machine, I suggest shopping around. Costco and Best Buy usually have a good selection of all-in-one machines, often starting at prices below those reviewed in today’s column.”

Well, after I finished reviewing that loaner machine, I took my own advice and went to Costco where I wound up spending $699 for an HP Pavilion 24-b227c All-in-One 24-inch touch-screen PC. That particular deal might no longer be available, and similar deals are available locally and online.

On paper, the PC I wound up buying is a major downgrade from the one I reviewed. It has an older, slower processor, a smaller touch-screen (24 inches vs. 27 inches), less storage (1 TB vs. 2 TB) and a little less memory (12 GB vs. 16 GB). But none of that matters because the screen is big enough, the memory is more than adequate, and I don’t have data or software to fill even a 1 TB drive. And if I need more storage, I can buy a 2 TB external USB for about $70. It’s also possible to upgrade to 16 GB of memory for under $50.

My machine’s Intel Core i5 processor is more than adequate for anyone who isn’t doing a lot of intense applications such as computer-aided design or extensive video editing. But if I ever do need a faster processor, such as the i7 CPU in that Lenovo machine, that can be installed as an upgrade.

I prefer the 24-inch screen to the larger 27-inch screen on the more expensive PC. That bigger screen was a bit overwhelming, and I have an external monitor plugged into the PC’s HDMI port that gives me plenty of “screen real estate.” I know it uses more electricity, but I prefer having those extra pages on a separate screen, slightly out of my line of sight.

I’m not suggesting that everyone looking for a new PC follow my lead. First, not everyone needs an all-in-one machine. If you’re replacing an existing desktop, it’s going to be cheaper to buy a new “tower” PC and keep your existing monitor. And, if you’re only going to have one PC, it makes sense to consider a laptop. They’re more versatile, they’re more energy efficient, and you can use them anywhere.

Typically, a laptop is more expensive than a desktop PC, but not by much. And even if you prefer a big external keyboard, a mouse and even a large monitor, you can hook those up to nearly any laptop.

Another key factor is operating system. There are many people who prefer Macs, which may or may not be more expensive than similarly equipped Windows PC, depending on the model. At various times over the past 30 years, I’ve been in and out of the Macintosh camp. I fell in love with it early on and used only Macs for years until I switched to a Windows desktop and laptop. Then, about five years ago, my Windows laptop broke and I bought a MacBook Air which, at the time, was undeniably the best lightweight laptop on the market. I then replaced my Windows desktop with a Mac mini, which I enjoyed for years. But time marches on and so does competition.

During the past couple of years, Microsoft and its hardware partners have gotten their act together. HP, Lenovo, Acer, Asus and even Microsoft now have some amazing new machines. Windows 10 is easier to use and more reliable than Windows 8, and some of the new laptops are sleeker, lighter and better built than various Apple offerings and are often less expensive.

Apple still doesn’t have touch-screen machines, unless you count that “touch bar,” which is basically a single row of reprogrammable function keys below the screen on MacBook Pros that start at $1,800.

Having said that, I still recommend Macs to a lot of people, especially those who are looking for something simple and reliable and who want to be able to take advantage of the free Genius Bar at Apple stores. Though, if you happen to live near a Microsoft Store, you can get similar free services and advice for Windows PCs, even if they’re not from Microsoft.

Another option is to forgo buying a new PC and see if you can squeeze more life out of the one you have, assuming it has enough memory and storage. If your PC is slower than it was when you bought it, the issues are with your data, operating system and software that can probably be fixed by backing up your system, reformatting the hard drive and reinstalling everything. I’ve done it many times, and it always speeds things up and solves problems. If you don’t know what you’re doing, get free help or advice either from a Microsoft or Apple store or other qualified expert. Even if you have to pay for help, it will be cheaper than a new machine. If storage is an issue, consider buying an external drive and moving the files you don’t use often to free up space.