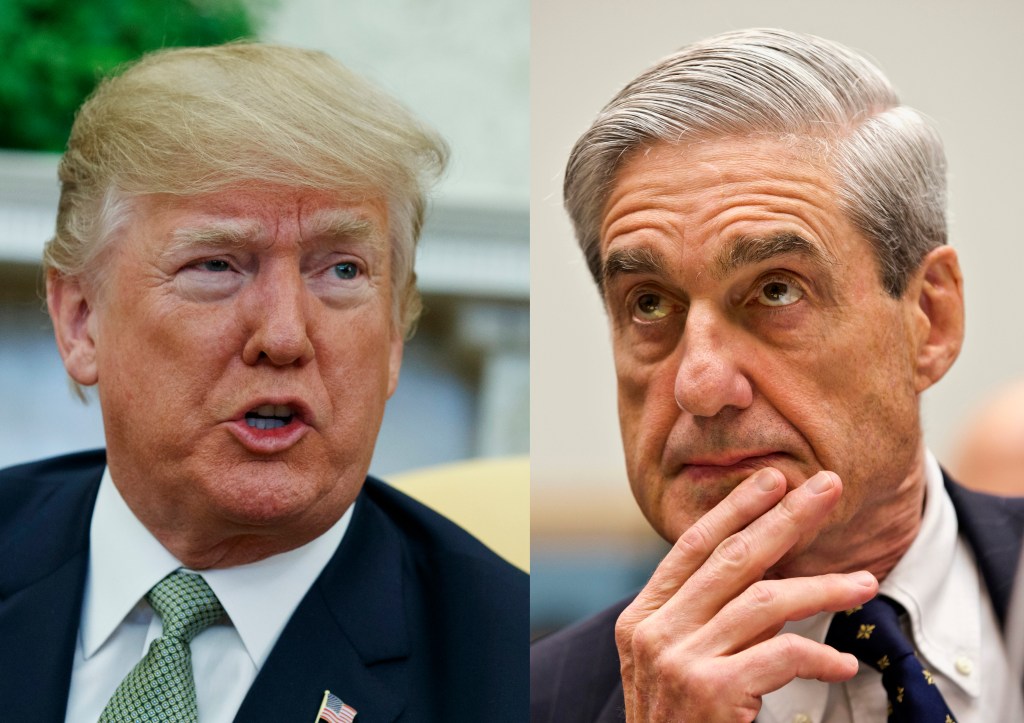 The 1966 movie “The Russians Are Coming, The Russians Are Coming” was a fictitious comedy, but its title was a reminder of how tense things were at the time between the U.S. and the Soviet Union. Our countries were engaged in a cold war, with each side having enough nuclear weapons to destroy the other. Those nukes still exist, but now there is a new arsenal of cyber weapons that can be “launched” by an army of hackers, housed at the Internet Research Agency and other offices throughout Russia.

There are, to be sure, differences between nukes and cyber weapons. On the plus side, a cyber weapon — by itself — can’t wipe out an American city, but it can do tremendous damage to our financial, energy and other infrastructures and potentially trigger an action that could cost lives. What’s more, as we’ve already discovered, it can damage something far more important than an electrical grid — the infrastructure that holds up the very basis of our democracy.

As a technology commentator, I’ve expressed opinions on all sorts of subjects including iPhones and internet safety, but I’ve generally steered away from politics. But politics and tech are converging, especially now that companies I’ve been covering for years are in the thick of political issues, including the manipulation of our democracy. So, the time for everyone in and around the tech community has come for us to collectively say “enough is enough.” We must find ways to prevent the tools that we are building, buying and — in my case — writing about — from being weaponized against the very fabric of what makes America America.

It’s no joke. The ability to influence who leads our country may be more powerful than the ability to blow things up and could wind up giving us leaders who could start or provoke a nuclear war.

There is debate as to whether the Russians influenced the outcome of the 2016 election, but when you consider the president’s tiny margin of victory in Pennsylvania, Michigan and Wisconsin, it’s far from out of the question that Russian hacking and social media posting could have been a decisive factor.

There are some positive steps being taken. On Tuesday, Facebook announced that it removed 32 pages and accounts from Facebook and Instagram that “were involved in coordinated inauthentic behavior.” Facebook said that it isn’t certain who was behind those pages, but it did say that “some of the activity is consistent with what we saw from the IRA (Russia’s Internet Research Agency) before and after the 2016 elections. And we’ve found evidence of some connections between these accounts and IRA accounts we disabled last year.”

Several security and intelligence experts, including former Director of National Intelligence James Clapper, have said that these Facebook pages are almost certainly the work of Russia. Clapper told CNN “This is identical to Russia’s behavior in the run-up to the 2016 election, where the first objective was to sow discord, discontent, and doubt about the truth.”

The day after Facebook’s announcement about what is likely fresh Russian interference, the president tweeted that “Attorney General Jeff Sessions should stop this Rigged Witch Hunt right now.”  But if the Mueller investigation were to end prematurely, who would expose those “witches” who are clearly still casting their spells?

There is nothing new about the discord and discontent that Clapper spoke about. Our nation has fought over many contentious issues in our 242-year history, but widespread “doubt about the truth” has become a much more serious problem, partially because of all the fake news being promulgated by Russia and other bad actors and a president who has called legitimate organizations “the enemy of the American people,” while telling a cheering audience “Don’t Believe The Crap You See From These People On Fake News.” This is from a president who, according to the Washington Post, “has made 4,229 false or misleading claims” during his first 558 days in office.

I bring up the truth issue not to dump on Donald Trump but to make a wider point on the importance of having a set of facts that we can all agree on, even if we don’t agree on how to interpret or act on those facts.

The reason fake news is such an important weapon is because it gives people a “factual” basis on which to act, even if they’re actions are not based on real facts. The most obvious example was the internet rumor that associates of then candidate Hillary Clinton were operating a pedophile ring out of a Washington pizza restaurant. That prompted a North Carolina man to drive to DC with an assault rifle that he fired inside the restaurant, prompting the judge who sentenced him to four years in prison to say it was “sheer luck” that no one was injured or killed.

Most of the calamity from fake news is far less dramatic than a gunman at a pizza restaurant, but it’s nevertheless incredibly dangerous when you think about all of the damage that can be done if people are voting — making extremely important decisions about our democracy — based on false information.

It’s time for everyone in the public, the tech industry and the government to take these attacks seriously, starting by agreeing on a set of facts and following up with decisive action.