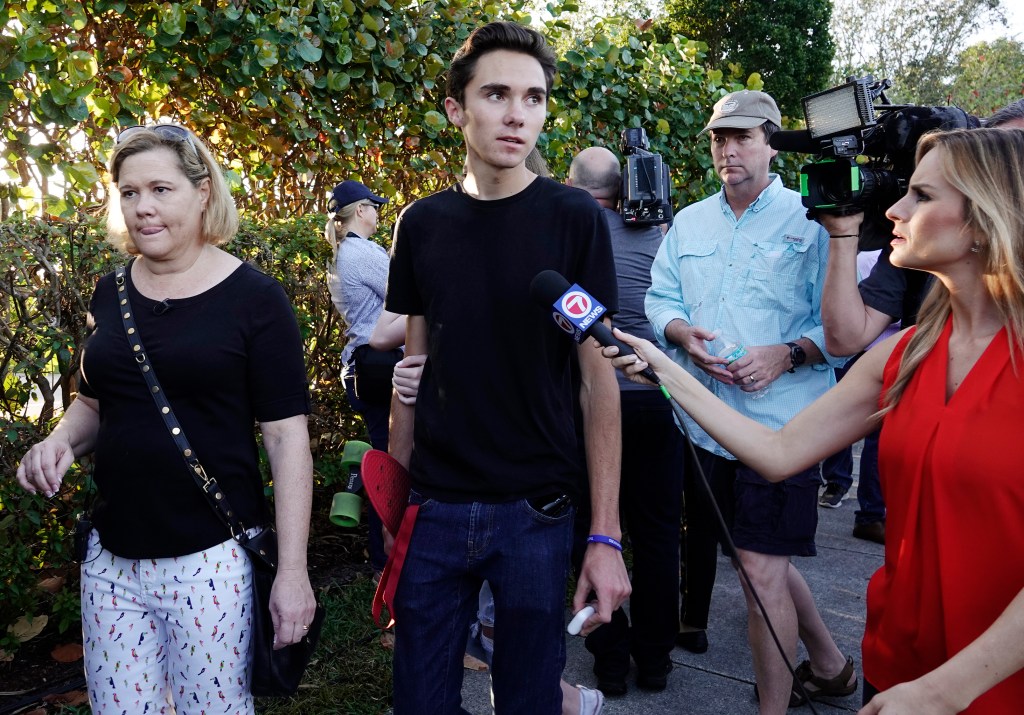 The recent school shooting in Florida and the example of the remarkable teens who are responding through activism have caused me to revisit an Atlantic article from September 2017 by San Diego state psychology professor Jean Twenge, whose title asks “Have Smartphones Destroyed a Generation?” The article went on to pretty much say “yes.”

Twenge said that “around 2012, I noticed abrupt shifts in teen behaviors and emotional states.” She claims that social media is having a profoundly negative effect on today’s teens. She said that they are less independent, less mature and less likely to date. She also said they’re less likely to engage in sexual activity, drive and drink alcohol. “Across a range of behaviors — drinking, dating, spending time unsupervised — 18-year-olds now act more like 15-year-olds used to, and 15-year-olds more like 13-year-olds. Childhood now stretches well into high school.” Twenge, who has written extensively on the differences among generations, was writing about the so-called “iGen,” kids born between 1995 and 2012.

One of the things that puzzled me about her 2017 article was that, in 2015, she wrote in the same magazine, in article titled “Young People Are Happier Than They Used to Be, a nearly opposite opinion. “In the last five years, the once-reliable correlation between age and happiness among adults has vanished. Adults 30 and over are less happy than they used to be, while, teens and young adults are happier; in fact, adults over 30 are no longer happier than their younger counterparts. It seems that mature adults’ happiness has waned, while young people’s happiness has flourished.”

I was so bewildered by the change, that I asked her to explain the shift that took only two years. She said, “Yes, teen happiness did change that quickly. It was still high, though leveling off.” She added that “it’s possible that teens want to think of themselves as happy — after all, that’s how they are supposed to look on social media — even if they are struggling with depression and anxiety.”

As you might expect, there’s been quite a bit of pushback against Twenge’s observations. NetFamilyNews blogger Anne Collier summarized comments by a number of prominent researchers including Stetson University psychology professor Christopher Ferguson who pointed out that “time spent online is a poor predictor of mental health functioning. Problems come when some individuals use social media to negatively compare themselves to others. For people who engage in authentic self-presentation, time spent online is associated with improved mental health.”

Vicky Rideout, founder of VJR Consulting, which specializes in research on youth and media, wrote on the London School of Economics digital parenting blog that “Twenge is right to be concerned about the mental health of adolescents.  Depression and suicide among young people have increased notably … But the suggestion that getting teens to put down their phones would have a meaningful effect on this mental health challenge is overly simplistic; indeed, it could serve as a dangerous distraction from the hard work that needs to happen in adolescent mental health.”  In other words, correlation isn’t the same as causation. There are multiple factors that affect mental health, besides social media.

Even though the Twenge article and reaction is months old, I’m bringing it up now for two reasons. One is because there is increasing conversation about the negative effects of social media in the wake of proof about Russia’s campaign to use social media to influence U.S. voters. The other is because of the horrific shooting at Marjory Stoneman Douglas High School in Parkland Florida.

The shooter, 19-year-old Nikolas Cruz, was a social media user with some alarming posts on Instagram that telegraphed his fascination with guns and dead animals, according to news reports. But the fact that he demonstrated his angst on Instagram says nothing about the cause of his mental condition. While Instagram may have been one of the messengers of his mental state, there is no evidence that it was one of the causes. There is plenty of other evidence, unrelated to his social media use, that depicts him as a very disturbed young man.

But rather than focus on the negative, what really got my attention was the behavior of the teenage survivors, many of whom have become familiar to us through their articulate speeches and TV interviews. These kids, who grew up using social media and smartphones, are proof that at least some of today’s youth are engaged, enlightened and socially adept.  And — the exact opposite of what Twenge tells us to expect from today’s youth — they are mature beyond their age. A lot of adults would do well to behave the way these kids have in the wake of such a terrifying event where they lost so many friends and teachers.

In addition to all the other positive traits, these kids are media savvy. I’ve done hundreds of TV interviews over the years, but remain in awe of how good many of these kids are in front of a camera. But that shouldn’t surprise anyone, considering that they’ve grown up on both sides of smartphone cameras. Being on TV isn’t all that different from being on YouTube or videos distributed via Instagram, Snapchat and other social media. The screens may be bigger and the audience more vast, but the telegenic qualities remain constant.

But there are problems associated with technology including smartphones and social media. Like any technology, these devices and services have unintended consequences and are subject to abuse and misuse.  We need to study that, and the industry needs to think about how it can improve while the rest of us ponder our own use and potential policy changes. I’m not going to claim that, in all ways, “the kids are alright,” or that kids from an affluent community in Florida necessarily reflect their entire generation. But I have plenty of reason for optimism.

Just last month, my nonprofit, ConnectSafely.org hosted the U.S. Safer Internet Day event in Austin, attended by hundreds of middle and high school students from a variety of socio-economic and ethnic backgrounds. They demonstrated an amazing amount of thought, discipline and compassion regarding the use of connected technology.  The students in Florida, the kids at our event in Texas and others I interact with in my family, community and schools give me a great deal of hope and confidence.

Larry Magid is CEO of ConnectSafely.org, a nonprofit internet safety organization that receives financial support from tech companies including Facebook, Twitter and Snaphcat.

Magid: Make your PC sizzle with a solid-state drive