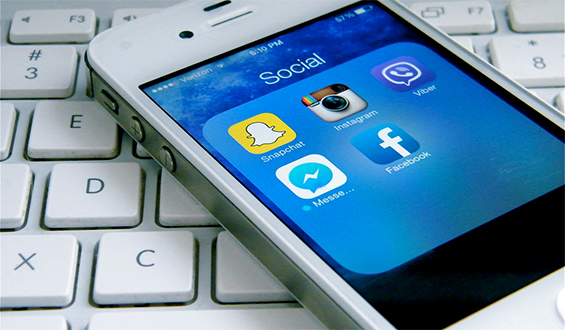 It’s been obvious for awhile that we’re starting to experience a tech backlash, with an increasing number of people expressing skepticism over whether our devices and social media are doing us harm. Some of this skepticism can be healthy when, for example, it leads to people tightening up their privacy settings or putting down their phones and stepping away from their computers for quality time with friends and family. But, as a couple of recent surveys have found, it’s also starting to cause people to think more about regulating technology companies.

One of the most interesting findings from a new Pew Research Center poll is that a majority of Democrats and Republicans worry that social media companies are censoring political viewpoints. I’m not saying that’s true, but Pew is saying that people think it’s true.  By definition, an opinion poll measures perception, not necessarily reality. It’s common, for example, for polls to find that people think crime is going up when it is going down or that the economy is getting worse when it’s getting better.

Appetite for regulation and a Constitutional amendment

It’s important for both private and public sector officials to understand perception because — right or wrong — it influences behavior, including the behavior of elected officials who sometimes, for different reasons, seem to have an increased interest in regulating social media and other technology industries.

Fifty-one percent of Americans say they want more regulation on these industries. Fifty-seven percent of Democrats support increased regulation, but so do 44 percent of Republicans, which I find interesting, considering President Donald Trump, who has nearly a 90 percent approval rating among Republicans, has been a strong advocate for reducing regulations on other industries.

A HarrisX survey conducted in April found that 53 percent of Americans believe that large technology companies should be regulated by the federal government in the way big banks are while 62 percent said that the government will take steps to regulate large tech companies “this year or within the next few years.”

But only 31 percent of those surveyed felt that the federal government is capable of regulating large technology companies.

That HarrisX survey also found that a majority of Americans (53 percent) supports “A new amendment to the Constitution protecting online privacy in a similar way to how the Fourth Amendment protects against physical search and seizure.”

Some good news for tech

A smaller majority (63 percent) thinks these companies have “been more good than bad” when it comes to society as a whole. Still, almost two-thirds (65 percent) feel that tech companies “often fail to anticipate how their products and services will impact society.” Only 24 percent think these companies “do enough to protect the personal data of their users.”

Compared with other industries, tech does pretty well when it comes to the question of whether it has “too much power and influence in today’s economy.” At 83 percent, pharmaceutical companies came out in the unenviable first place position, followed by banks and other financial institutions at 72 percent. Energy companies are seen as too powerful by 57 percent of American adults while tech came in at 55 percent with 7 percent saying it doesn’t have enough power and 37 percent saying it has “about the right amount.”

Although there is general disdain for any type of political censorship, the public does agree, by a factor of 79 percent to 15 percent, that social media companies should intervene when harassment occurs.

I’m sure that this Pew survey will be taken seriously by politicians on both sides of the aisle and could add fuel to the growing appetite for regulation. Ironically, these regulations could go in opposite directions. There are some who are calling for more privacy rules, but there are also many calling for ways for the government to break through the encryption built into smart phones, social media and messaging apps such as WhatsApp. There are also voices for making sure tech companies don’t censor political speech as well as demands to put the brakes on fake news and divisiveness, even though the line between such opposite evils is sometimes hard to decipher.

What I want is a thoughtful debate based on an accurate understanding of the actual (not just perceived) problems and realistic ideas for what we can do to rein in abuse without stifling innovation, free speech and spirited debate.

Magid: Looking back on 35 years of writing about tech

Magid: Looking back on 35 years of writing about tech

IT Services Provider Ntiva Expands Into The Midwest By Acquiring…