Home|News|Magid: PCs that can do it all in a tidy little package

Magid: PCs that can do it all in a tidy little package 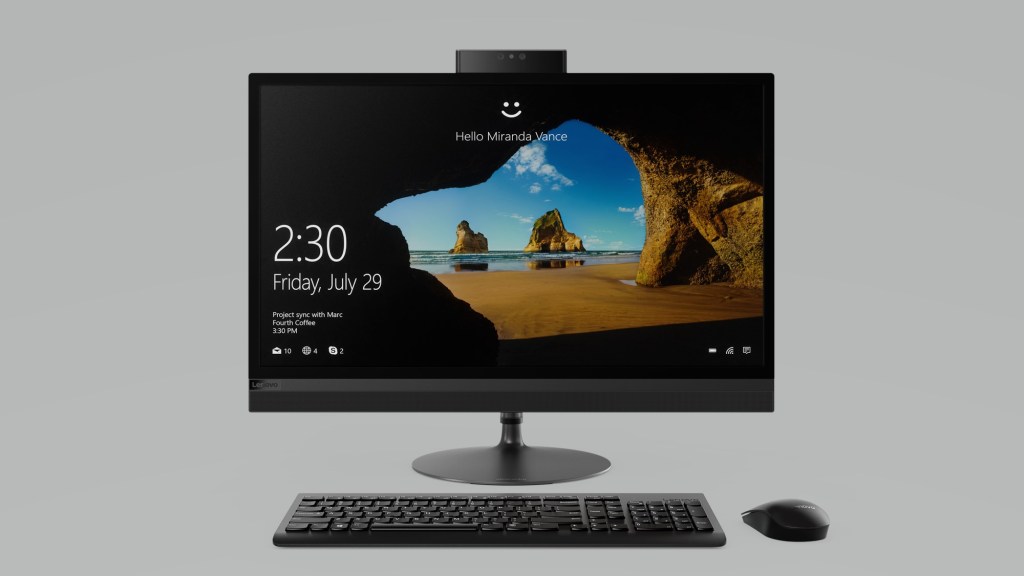 There was a time when nearly every PC was a desktop and only “road warriors” spent the extra money to buy a laptop. Now, laptops outsell desktops, and a lot of people use them at home, at the office and on the road. They’ve become so ubiquitous that I often hear people refer to “laptop” as a generic name for a personal computer.

But there are still plenty of desktop PCs on the market as well as people, including me, who prefer using a desktop PC whenever possible. Of course, I travel a lot so I have a desktop and a laptop, and thanks to cloud storage systems (I use Dropbox but others include Google Docs, Microsoft OneDrive and Apple iCloud), I’m able to keep them synchronized.

Until recently I was using a Mac Mini attached to two monitors, giving me plenty of desktop real estate for all my programs. Whatever I am working on would be right in front of me while other windows — perhaps web pages — would be off to the side so I could refer to them as needed.  The Mini worked great, but now I’m using a Lenovo IdeaCentre AIO 520 all-in-one PC whose built-in 27-inch screen offers so much real estate that I don’t even need a second screen. Nevertheless, because I had an extra screen, I hooked it up anyway, making my desk look a little like the deck of the Starship Enterprise.

All-in-one PCs are machines whose monitors and other components (other than mouse and keyboard) are built into a single chassis. They’re generally more energy efficient than standard desktop machines because they only require a single power supply. They also take up less space in your office.  At first, I found the 27-inch screen a bit overwhelming — if you don’t count peripheral vision, it takes up nearly my entire field of view. But, after a few days I got used to it. I can see my entire Microsoft Word window on the left side of my screen and an entire web page on the right.  My only complaint about this model is that the bottom of the lowest portion of the screen’s glass can be no less than 4½ inches above the desktop. I can mitigate this by tilting the screen downward, but I would prefer having it lower. Other solutions include a lower desk, a higher chair or adding a pillow.

I also like that this is a touch screen. I find it handy to be able to use my hand on the screen to scroll through webpages or touch icons to issue commands. I’ve also come to appreciate the touch screen on my laptop, which is available on Windows machines but not on any Mac.

Lenovo is one of several companies that offer all-in-one machines, along with HP, Dell and Apple among others. The IdeaCentre AIO 520 comes in three configurations, starting at $989.99 for a model with 8 GB of memory and a terabyte hard drive.  $1,214 buys you one with 16 GB of memory and a two-terabyte drive. Both drives include a 16 GB “SSD Optane,” which is basically a cache or hybrid that significantly speeds up disk access over a traditional hard drive. The less expensive model comes with a 7th Generation Intel Core i5 processor. The higher-end one comes with a faster Core i7 processor.

HP offers several all-in-one machines starting at just under $400 for one with a 20-inch non-touch display, but HP has higher-end models with larger screens and plenty of memory and storage. If money and desk space are no obstacle, the HP ENVY Curved All-in-One is an impressive looking machine with its curved 34-inch display, 16 GB of memory, 2 terabyte hard drive and — for extra speed — a 256 GB SSD.

HP recently released an even more impressive EliteOne 1000 series of business-oriented all-in-ones that feature optional screens including a 23.8-inch non-touch display, a 27-inch touch and a 34-inch curved touch screen. The design allows you to add screens or swap them out if your needs change. Prices range from $1,259 for the non-touch 23.8-inch model to $2,681 for the one with the curved 34-inch screen.

Before buying any machine, I suggest shopping around. Costco and Best Buy usually have a good selection of all-in-one machines, often starting at prices below those reviewed in today’s column.  When shopping, consider screen size, whether it’s touch or non-touch and storage. Faster processors and memory above 8 GB are usually not that important unless you’re using the machine for heavy graphic or video editing or plan to run multiple applications at a time.