Home|News|Magid: Google’s $5 billion European fine unlikely to have much impact

Magid: Google’s $5 billion European fine unlikely to have much impact 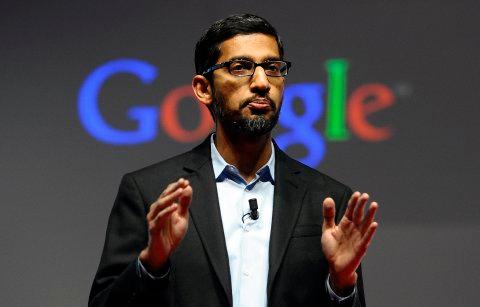 The European Commission on Wednesday hit Google with a record-breaking $5 billion fine for requiring Android makers to bundle Google search and its Chrome browser on Android smartphones sold in Europe. The commission also alleged that Google prevented phone makers from using a “forked” (alternative) version of Android and that it made payments to “certain large manufacturers and mobile network operators” to avoid bundling competing apps on their phones.

In addition to paying the fine, the commission expects Google to stop these practices. In a blog post, Google CEO Sundar Pichai defended its policies, arguing “phones made by these companies are all different, but have one thing in common— the ability to run the same applications. This is possible thanks to simple rules that ensure technical compatibility, no matter what the size or shape of the device.”

He added, “a typical phone comes preloaded with as many as 40 apps from multiple developers, not just the company you bought the phone from. If you prefer other apps — or browsers, or search engines — to the preloaded ones, you can easily disable or delete them, and choose other apps instead, including apps made by some of the 1.6 million Europeans who make a living as app developers.”

The case reminds me of the U.S. and European actions against Microsoft in 1998. Similar to the case against Google, the U.S. Department of Justice and European regulators accused Microsoft of bundling Internet Explorer on all copies of Windows. That year, Microsoft CEO Bill Gates told a Senate committee “the software industry … is an open economic opportunity for any entrepreneur in America.”

Little did he know that a few months later two such entrepreneurs, Sergey Brin and Larry Page, would create Google. And little did Brin and Page know that their company would someday be in the same position as Microsoft was back then — a dominant leader in the cross-hairs of regulators and anti-trust lawyers from both sides of the Atlantic.

It would have been hard to imagine back then that Google’s internet technology someday would beat Microsoft’s, and that it would launch a browser that would become more popular than Microsoft’s, even though Internet Explorer (and now Microsoft Edge) was bundled on all copies of the world’s most popular operating system.

One reason Chrome — as well as Firefox and other browsers — were able to gain market share is because they could be easily and freely downloaded and installed on any Windows or Mac computer.

As someone who recently bought a Windows 10 computer, the first thing I did when I started using the machine was launch Microsoft’s new browser, Edge, and use it to download a copy of Chrome. Since then, I’ve rarely used Edge.

And it’s even easier to download apps on smartphones. Apple, for example, bundles its own mapping program on all iPhones and no longer comes with Google Maps, but millions of iPhone users choose to download Google Maps.

Likewise, anyone with an Android device is free to download other browsers, which are available for free at Google’s app store. That’s right — the app store run by Google that, like Apple, allows people to download apps from competing developers.

An argument can be made that it’s much easier to use a bundled app than to download a competing one. Although that’s true, it’s not difficult to download apps.

Twenty years ago, a lot of people in the U.S. and Europe may have been  uncomfortable downloading and installing software on a PC, but in 2018,  Europeans and Americans, in general, are more tech savvy. Today’s smartphone app stores also are easier to use than download sites were in 1998.

I support government efforts to keep bullies under control and prevent companies from unfairly muscling out competitors. I suspect that there are some valid cases that could be brought against Google. I just don’t buy the argument that Google is using its operating system prowess to prevent other app developers from competing on the Android platform.

If someone comes out with software that truly works better than what Google offers, people will find out about it and start to use it, as long as Google continues to allow competitors to use its app store.

There is also the issue of fragmentation. As it is, there are lots of complaints about too much variation in the user interface among Android phone makers that get to decide what apps to offer and how users interact with the operating system.

I’m not suggesting that Google should take away manufacturers’ ability to define the user experience, but as someone who has tried phones from numerous companies, I do think it’s an issue. I also think it provides Apple with a competitive advantage because Apple controls the experience of iOS users.

I also don’t think that the fine and restrictions on Google will have much impact, even if Google loses its appeal. Although I’m sure Google isn’t looking forward to writing that big check, it could easily do so without any noticeable impact on its bottom line. And, even if Google’s apps were unbundled from the devices, a great many people would download and install them anyway. Perhaps the market share for Chrome and Google search would shrink a tiny bit, but not much.

Larry Magid is CEO of ConnectSafely, a nonprofit internet safety organization that receives support from Google and some of its competitors, including Microsoft, Twitter and Facebook.