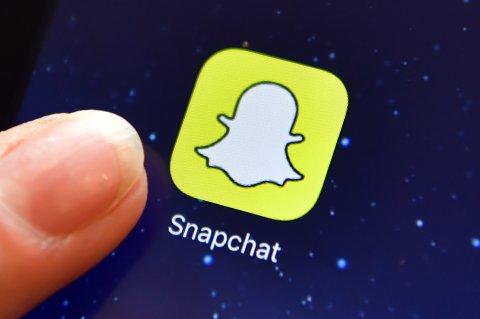 A new survey from Pew Research found that Snapchat is now the social media app that teens use most often, followed closely by YouTube.

But the more interesting statistics aren’t so much the number of users of each service but the number of teens who use them most often.  Facebook was once the dominant platform for young Americans, but that honor now goes to Snapchat, which 32 percent of teens say they use most often. It’s followed by YouTube, which is the most commonly used app by 32 percent of teens followed by Instagram (15 percent) with Facebook at 10 percent and Twitter a distant 3 percent.

What I find interesting about these numbers is that the two most popular interactive services — Snapchat and Instagram — are different from Facebook in three important ways.

First, they are based around pictures and videos rather than words. Sure, you add text to your Snapchat and Instagram posts but the text is essentially a photo caption or an adjunct to a video.

The second is that users post to these apps almost exclusively from smartphones while Facebook can be fully accessed from either computer or a phone.

Finally, Snapchat and Instagram are more ephemeral than Facebook. Snapchat posts, by default, disappear shortly after they’re viewed, and an increasing number of Instagram users are taking advantage of its optional-stories posts which disappear after 24 hours. Although Facebook posts can be deleted, the default is for them to stay around forever.

Teens know that college admission officers, potential employers and even would-be romantic partners often check people out on Facebook, so it tends to feel more like adding to a permanent record than an in-the-moment way of participating in a conversation that is much less likely to stick around to haunt them.

Nearly all teens have smartphones

I don’t think this is just about affordability. You can purchase a low-end laptop for less than the cost of most smartphones and, unlike smartphones, you don’t need an expensive cellular plan to use them. Getting access to the internet only via smartphone has an impact on how it’s used, according to the 2016 report, Digital Equity: Technology and Learning in the Lives of Lower-Income Families. “Low- and moderate-income parents who only have Internet access via mobile phones are less likely to shop online (36% vs. 66% of those with home access), use online banking or bill-paying (49% vs 74%), apply for jobs or services online (42% vs. 56%), or follow local news online (70% vs. 82%). The same is true for their children, who are significantly less likely to look up information online about things they are interested in (35% vs. 52% with home access), or to use the internet daily (31% to 51%).”

One of the Pew findings that I find amazing is that 45 percent of teens say they’re online “almost constantly,” up from 24 percent in 2015. If you also count the 44 percent who say they go online “several times a day,” 89 percent are using the internet a lot.

Only 11 percent say they use it “less often,” such as once a day or several times a week. Girls are more likely (50 percent) to be online constantly compared with boys (39 percent) and the report said “Hispanic teens are more likely than whites to report using the internet almost constantly (54 percent vs. 41 percent).

The report points out that “teens have mixed views on the impact of social media on their lives.” Just under a third (31 percent) of teens say that social media has a mostly positive impact on their lives while nearly a fourth (24 percent) say its effect is mostly negative.

A bit under half (45 percent) say it has neither a positive nor negative impact. When asked to explain their views, a 14 year-old girl said, “I think social media has a positive effect because it lets you talk to family members far away.”

A 15-year-old girl said that she feels “social media can make people my age feel less lonely or alone. It creates a space where you can interact with people.”

Another 15-year-old girl said “It has given many kids my age an outlet to express their opinions and emotions, and connect with people who feel the same way.”

Yet, there were those who expressed negative thoughts such as a 13 year-old boy who commented, that it “gives people a bigger audience to speak and teach hate and belittle each other,” and a 15-year-old boy who said “People can say whatever they want with anonymity, and I think that has a negative impact.”

While almost all teens are users of connected technology, what this survey shows is that there is variance in both the types of social media they use and their attitudes toward it. As with all demographic groups, one size does not fit all, and not all teens speak with one voice when it comes to how social media is affecting them.

Larry Magid is CEO of ConnectSafely.org, a nonprofit internet safety organization that receives financial support from Facebook and other tech companies.

Magid: Make your PC sizzle with a solid-state drive