Home|News|Magid: Devices inform you if power fails or water leaks 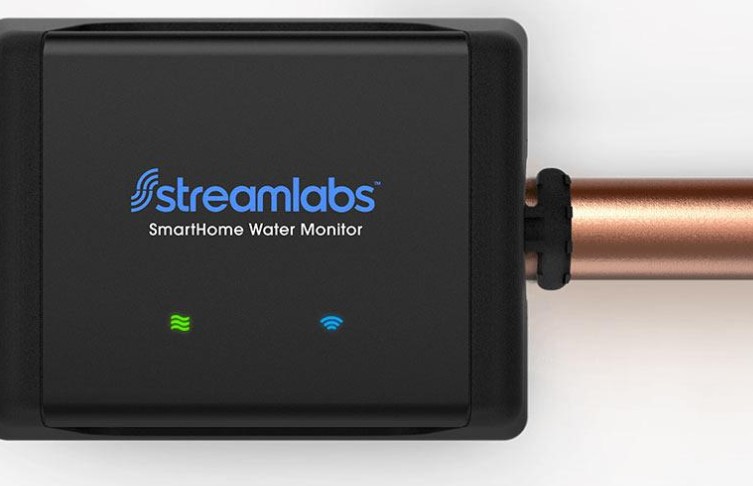 Several years ago, my wife’s parents power failed while they were on vacation and what was once food in their freezer and refrigerator became a stinky mess. Recently the power to my entire house went after a breaker switch was triggered. I immediately turned it back on, but if it happens when we’re away from home, we might wind up with a similar mess on our hands.

It got me thinking about how I could get a warning in the event of a power failure, which led me to an iSocket 3G plug that sends a text message to alert you when the power goes out. The iSocket, which sells for about $208, plugs into any 3-prong electrical outlet and has a pass-through plug for a lamp, appliance or any other device, in case you also want to use your phone to control that device. If power to that outlet goes out, it will send an alert to your smartphone as a text message, a phone call or both. It will also automatically notify you if the power comes back on, even if you’re not home.

Most smart home devices work on WiFi, but this uses a cellular carrier for a simple reason — if the power fails, your WiFi will probably stop working too. As a result, it requires you to have a SIM card from a cell phone carrier. Most US cell phone carriers will let you add this to your existing plan for $10 a month, but iSocket recommends you buy a SIM card from Truphone.com, which has no monthly fees.  You’ll pay $30 for the card, which includes $15 usage credit and you’ll pay 9 cents for each text it sends out. But, because you’ll likely get few, if any, power outages, that $15 should last you a very long time.  If you ever need to buy more credit, you can give it your credit card on sign-up and it will bill you as needed, but for most people, I suspect your credit card would have expired by the time you need to shell out another $15.00.

Installation was pretty easy. I had to activate and insert the SIM card (Truphone has good phone support, which activated it for me) and then I had to text “MakeMeBoss” to the phone number associated with the SIM card. There are lots of other commands you can issue, including “status,” which tells you if power is connected as well as the temperature in the room where the iSocket is located. There are lots of other commands and controls that you can do via text messaging or the app. You can also add additional phone numbers to be notified. I’m adding my wife plus my adult daughter and a neighbor in case the power goes out when we’re out of town.

Losing all the food in your freezer or refrigerator may be bad, but having your house flood can be a lot worse. I know. About two years ago a plastic pipe going to an upstairs sink in my house burst, causing tens of thousands of dollars of water damage to upstairs and downstairs rooms. Insurance covered most of the cost but it was a major hassle that required us to move out for a few weeks, put up with months of construction and repairs and pay for what insurance didn’t cover.

Turns out there are devices for detecting leaks, too, and shortly after the flood, I asked Vivint, which provides my home security and automation system, to add flood sensors under or near all of our sinks and toilets as well as our washing machine. Now, if any of these sensors detect moisture, we’ll get an alarm on our phone and a call from Vivint’s monitoring service.

Vivint charges a monthly fee but there are devices you can purchase that will send an alert to your smartphone if a leak is detected.

One clever device is the Smarthome Water Monitor from Streamlabs ($199) which consists of a device that you put around the main water entry  line going into your home. You have to plug it into a power outlet and connect it to your home’s WiFi and if the water pressure changes, possibly indicating a leak, you’ll be notified via the company’ app. The product can also be used to monitor water usage and could aid in water conservation. It doesn’t require any pipe cutting. It measures water flow throughout the house via “ultrasonic technology“

There are lots of other leak detection devices that you can put in areas where water might enter such as the Honeywell Lyric Wi-Fi Water Leak & Freeze Detector, which can be placed near or under any location that could leak. It also detects frozen pipes, which can be a problem in some parts of the country. If it does detect a leak or a freeze, you get a notification through the Lyric app. They cost about $58 each, and you may need several, so the cost could add up.

There are plenty of other less expensive leak detectors on the market, including Samsung – SmartThings Water Leak Sensor ($25), which requires a SmartThings Hub ($90) that works with an entire family of smart devices from the Samsung-owned company. If you have an Ooma voice-over-internet phone, you can now add a water sensor for $29.99.  There are also ways to have your water shut off automatically in case of a leak. Dome Home Automation Leak Sensor is one of several Z-wave compatible water sensors that works with electronic shut-off valves such as EcoNet Z-Wave water valve.