Home|News|Magid: Consumer electronics show may be bulking up 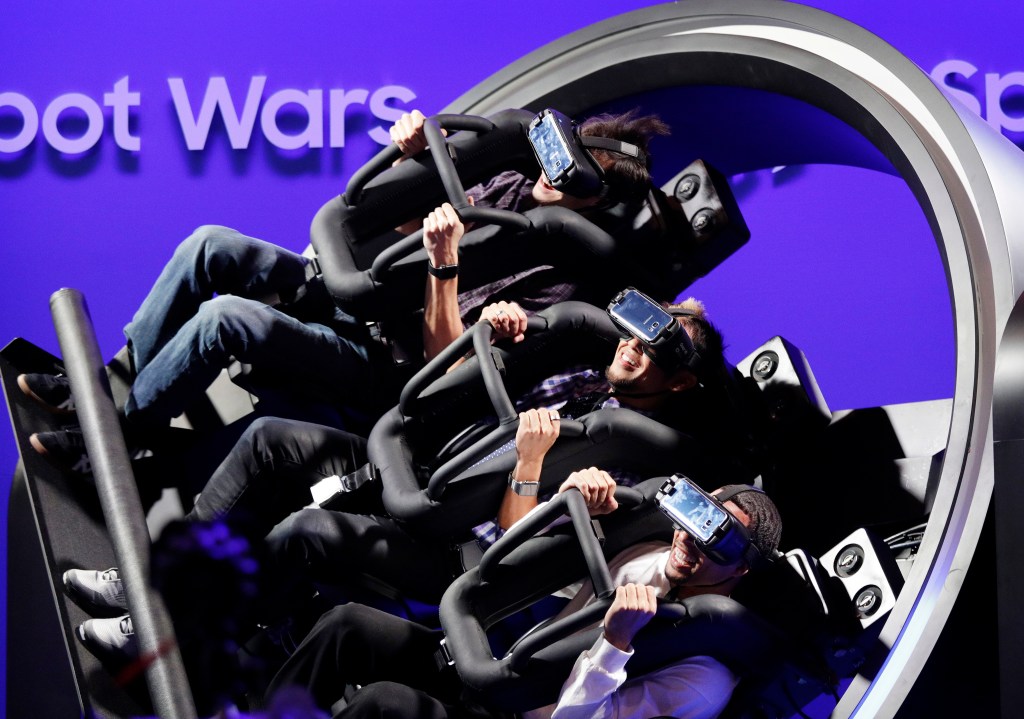 CES, which used to stand for “Consumer Elections Show,” has evolved into the world’s biggest technology showcase. Last year, just over 180,000 people attended the event, but based on next week’s absurdly high hotel prices in Las Vegas, I’m guessing that the turnout will be even bigger when the show opens Tuesday.

According the Consumer Technology Association, the show’s sponsor, this year’s CES is expected to have about 4,000 exhibitors spread out over about 2.6 million square feet. Nearly 7,500 members of the media — including yours truly — are expected to cover the event. The show runs Tuesday through Friday.

CES is where you see the latest thinnest, biggest and highest resolution TVs, and this year will be no exception. LG, Samsung and Sony will compete for the largest sets on the planet at price tags that no one in their right mind would spend. There will also be 8K and perhaps even 10K sets on display, either as prototypes or at stratospheric prices. All TV makers, even budget ones such as HiSense and Westinghouse, will have plenty of 4K TVs at about the same price as standard 1080p sets.

The “K” refers to a resolution of roughly 1,000 pixels. Today’s standard high-def sets are 1K with 1,080 horizontal lines of vertical resolution. 4K is approximately four times that resolution and so-on. Tech purists will point out that the math is more complicated when it comes to resolution, but suffice it to say that the higher the K, the higher the resolution. Having said that, higher resolution isn’t necessarily noticeable. A few years ago I saw a Sony 4K set alongside a 1080p set, and I couldn’t tell the difference from a few feet away. Nevertheless, 4K caught on, and 8K possibly will also. But old CES hands like me also remember how the industry pushed 3D sets for years, yet they never caught on.

Some of the sets I expect to see will look almost as if they’re painted on the wall — impressive but not necessarily useful. It’s hard to imagine anyone with a newer TV losing sleep over how thick it is. I do expect to see a lot of organic light-emitting diode (OLED) sets with their improved contrast ratio, greater color accuracy and wider-angle viewing.

LG and probably other TV-makers will likely announce voice-controlled sets that work with Amazon Alexa and Google Home.

Speaking of voice control, I expect to see a ton of devices that work with Alexa, Home and Apple’s soon-to-be-released SIRI-enabled Homepod. Smart light fixtures from GE have their own built-in speakers and microphones to control not only your lights but other connected devices. We’ll also see lots of products with built-in facial recognition, allowing users to unlock them with just a look.

For years, companies such as LG and Samsung have shown off smart appliances; however, features such as mounting a screen on a refrigerator door aren’t that compelling. I think we’ll see more advancement in this category, such as voice control, but it will be awhile before your refrigerator and your washing machine have a meaningful conversation that can make your life better.

I expect to see a lot of products built around virtual and augmented reality. Augmented reality, or AR, is where a computer image is superimposed over the real world like with Pokéman Go. Lots of companies will be showing off VR and AR headsets as they try to compete with Facebook’s Oculus, Google’s Daydream, Samsung’s Gear RV and HTC Vive. Facebook will soon release its $199 standalone Oculus Go headset that — unlike most other headsets — works without a PC or a smartphone.

All the major carmakers will be at CES, and most will at least talk about autonomous vehicles they’re designing and testing but not yet selling. We will see some new car infotainment systems, though most will support Apple Car Play and Android Auto, which let people control their smartphone apps from the car’s bigger screen. I expect to see more driver assistance technology that enhances car safety by at least partially automating slowing down, emergency breaking, lane changing and parking.

A lot of cellphone companies will save their announcements for Mobile World Congress that gets underway Feb. 26 in Barcelona. Sony, however, is expected to show off its latest Xperia phone, and Samsung may unveil its Galaxy A8 with some of the features of its Galaxy S8 flagship phone at a lower price. LG is also expected to unveil phones as will lesser known Chinese companies such as Huawei that will flood the market with lower-cost but high-quality Android phones.

PCs no longer dominate CES, but Dell, HP, Acer, Asus and Lenovo will show off thinner and lighter laptops. Many will have either removable screens or screens with flexible hinges that convert the laptop into a tablet. Some may feature extended battery life of up to 20 hours on a charge.

Health technology has been a growing part of CES for the past few years. We have seen products such as smart scales and devices that measure blood pressure and other vital signs. Samsung is expected to announce smart eyeglasses as well as a device and mobile app to help people with breathing problems.

What I don’t expect at CES is technology that will help attendees get around Las Vegas without dealing with traffic, long transit lines, traffic jams on the show floor and overpriced hotels. But that’s the price one pays to be among the first to see the products that will jump off the shelves or languish in the warehouses later in 2018. For those lucky enough to avoid Las Vegas next week, the keynotes will be streamed live and the tech press will carry every detail. You also can hear me talk about the show weekdays at 3:51 p.m. on KCBS AM 740/FM 106.9 and on CBS News Radio.