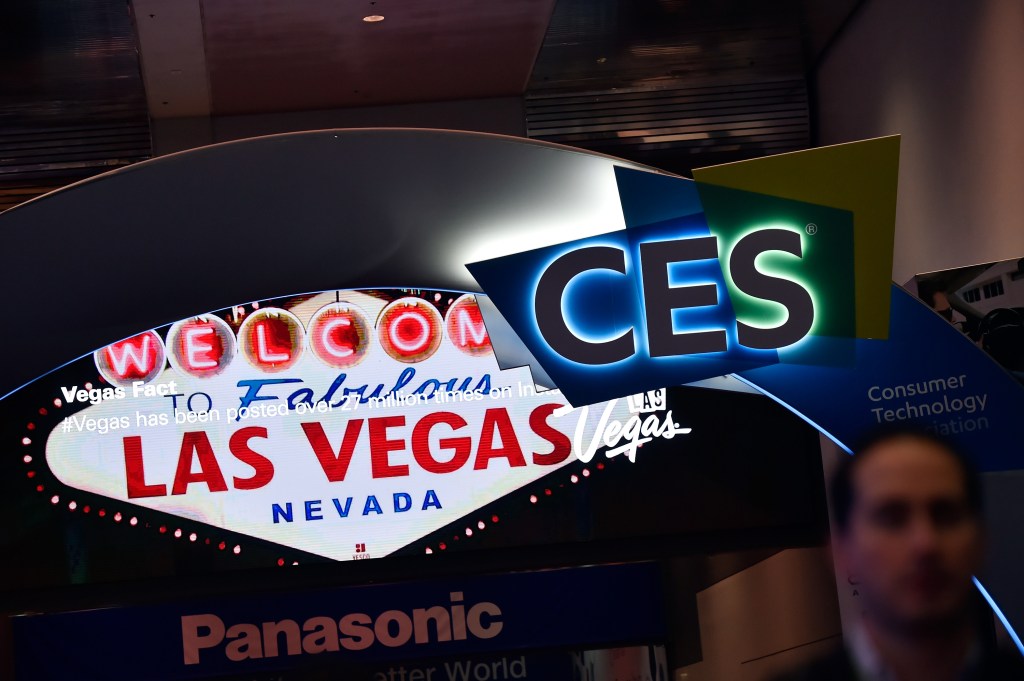 For more than 50 years, tech professionals and journalists have been coming to what used to be the Consumer Electronics show, now known as just CES. Its sponsor, too, has changed its name from Consumer Electronics Association to Consumer Technology Association as a way of broadening the appeal of the organization and the show. These days, with technology so integrated into our products and lives, it could be called the Lifestyle Show.

The products on display among the more than 4,000 exhibitors range from the mundane — iPhone cases and USB cables — to the exotic, such as Fisker’s super luxurious autonomous concept car with a cost of hundreds of thousands of dollars, if it ever ships.

There was the usual array of wacky products such as suitcases with built-in motors that follow you around the airport. If you want a laugh, check out Wall Street Journal’s Joanna Stern video review of the Puppy 1 to see how the suitcase, literally, falls down on the job if it encounters an obstacle.

The biggest take away from CES (aside from Samsung’s 146-inch TV that’s unfortunately too big and too expensive for me to take away) is that just about everything can now be controlled by voice. Amazon’s Alexa and Google Home are being built into a dazzling array of products including Lenovo’s Smart Display that sits on a kitchen counter to show you recipes, cooking videos and just about anything else controlled by your voice and Google Assistant. It’s also at home in the bedroom where it can read aloud or show you your schedule, the traffic on your commute and anything else you program in for your morning routine.

Almost all the appliance makers showed voice-controlled devices, and Samsung is building its Bixby voice assistant into TVs, alleviating the need for a remote.  Smart voice-controlled devices are even invading the bathroom.  Moen showed a smart shower than you can control through an Amazon Echo before you step in. Delta has a voice controlled faucet that lets you adjust temperature and quantity without having to touch anything. Kohler showed off its Numi intelligent toilet that lets you flush or adjust the temperature of the seat or the “warm water cleansing.” And you can enhance the sound of your bathroom experience through Alexa-powered music.

One feel-good product is My Special Aflac Duck robot based on the insurance company’s famous mascot. It looks like a stuffed animal, but it’s also stuffed with sophisticated electronics that allow it to mimic the child’s mood.  Unlike most toy robots shown at CES, you can’t buy it. It’s just for kids with cancer and is distributed through health care facilities. The duck can even get its own emulated chemotherapy as a way of sharing the child’s experience. A child can touch a card with an emoticon to the duck’s chest to have that duck express whatever the child is feeling. A lot of CES products are wacky but this one is “quacky.”

Not all products shown at CES make it to the marketplace, others fail within a short time and some are just concepts. Just about every car maker shows off concept cars that are years, if ever, away from being built. Intel showed off its Volocopter, an electric flying drone that could someday transport passengers across town.

Voice control is coming to the car. Automakers will build it into new vehicles, and there will be lots of aftermarket products to enable you to use your voice to control your car’s audio and information system.  When I heard about products that bring Alexa to the car, I thought they’d be expensive, but San Jose-based Speak Music has a product for $69 and Anker has one for $49 that allow you to use Amazon’s Alexa with most car audio systems. The Anker Roav Viva is billed as “the world’s first Alexa enabled car charger.” It’s a single unit (no wires) that plugs into the car’s power connector. There are two USB ports plus the Alexa controller that you pair with your iPhone or Android. You can then use your voice to play music through Amazon Music, Pandora and iHeart Radio as well as podcasts, audio books and radio and some TV stations via Tune-In. I used it to turn on my porch light and make sure my garage door was closed. You can also use it to make phone calls and get directions via Google Voice more easily than using Google Assistant. Even though my power adapter is relatively far from the driver’s seat, it easily picked up my voice through its two built-in microphones.

The Muse product also connects to your power adapter and comes with a USB outlet, but there’s a small mic connected by wire that you attach to your dash. Its functions are similar to the Anker device except you can’t currently use it to make calls or control Google Maps, though you can make calls and use Google Maps the usual way while Muse is running in the background. One plus for the Muse product is that it has a 3.5 mm plug that goes into the auxiliary port of car stereos that don’t have Bluetooth and turns those systems into speaker phones. Neither device currently works with Spotify but both companies say that’s coming soon.

As impressive as all this technology may be, much of it requires electricity, which turned out to be a big problem when the power went out in parts of the Convention Center on Wednesday afternoon.