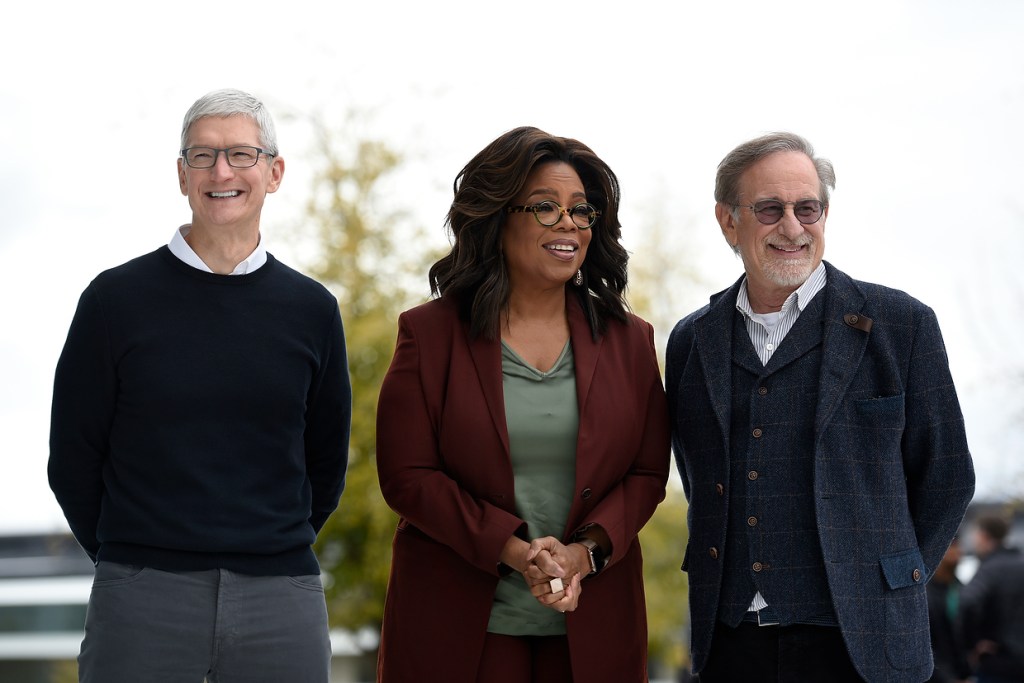 I’ll get to what Apple announced on Monday but first some context as to why its announcement of several new paid services is important to Apple’s bottom line.

In the quarter that ended on December 29, Apple reported a 15 percent decline in iPhone sales, leading to a 5 percent overall decline in revenue over the same quarter a year ago. But it could have been worse if it weren’t for Apple’s relatively new revenue stream. The company also announced that “services revenue reached an all-time high of $10.9 billion, up 19 percent over the prior year.”

The growth in services revenue is very important to Apple. Yes, the company continues to make billions in profit through iPhone sales along with revenue from iPads, Macs and other hardware, including the Apple Watch and its Apple TV device. And despite a slowdown in iPhone sales, its flagship product will continue to bring in plenty of money going forward. But if the company is looking for growth, it must either come up with a new category of hardware, a blockbuster new iPhone that people just have to buy, or come up with other ways to make money, such as selling services.

A study from HYLA Mobile, a mobile-device trade-in company, found that iPhone users trade in their phones about every three years and that number has increased over the past few years as phones get better and – in the case of iPhone – more expensive. In some ways, Apple is a victim of its own success. People like their phones and are holding on to them longer. The same is generally true with Android phones.

The same trend is true with Macs and other PCs. There was a time when PC performance and quality was evolving rapidly but now it’s pretty hard to tell much difference between one year’s model and the next. This is good news for consumers but not good news for Apple and other companies that make money by selling hardware.

So, to stretch its revenue, Apple is expanding its offerings in ways that bring in money on a monthly basis, just like phone carriers and cable companies. And that’s where services come in.

Apple TV Plus will feature original content from, among others, the celebrities who showed up at Monday’s announcement, including Reese Witherspoon, J.J. Abrams, Jennifer Aniston, Steve Carell, Oprah Winfrey and Steven Spielberg. Billed as “a new streaming service where the most creative minds in TV and film tell the kinds of stories only they can,” Apple says it will feature “original shows and movies across every genre, exclusively on the Apple TV app.”

Apple will make this service available on iPhone, iPad and Mac but also non-Apple hardware such as Samsung, Sony and Vizio smart-TVs and the popular Roku streaming device. That’s a smart move because it expands the base beyond existing Apple hardware customers.

Apple has deep enough pockets to throw a lot of money toward great content, but it’s up against some established players including Netflix, Amazon Prime Video, Hulu and HBO Go. Unlike Apple Music, which was able to tap into basically the same library as its rival Spotify, Apple will have to build up its original content over time, so it may be awhile before this service gains significant traction. It also depends what they plan to charge and whether people feel a strong enough desire for the new content. When I told my wife about the TV service, her reaction was pretty blasé, because we already have plenty of viewing choices with the services we have now.

Apple Arcade is an all-you-can-play streaming gaming service, initially featuring more than 100 new games. Games can also be played offline. There will be a family plan and the service will run only on Apple devices: iPhone, iPad, Mac and Apple TV.

Apple News Plus will include more than 300 publications including the Wall Street Journal, Los Angeles Times, Wired, Time, Rolling Stone, Fast Company and numerous other periodicals. It does not include two of the most popular national papers, the New York Times and the Washington Post nor local papers from most cities. The service will cost $9.99 a month, which includes sharing with up to six family members. I like the concept, but I’d be a lot happier with it if it included a lot of local newspapers from around the country. I’m happy to support and pay for local journalism but sometimes I stumble on an article from an out-of-town paper with a paywall and wish I could read it without having to buy a separate subscription for that paper. Some papers, including the Mercury News, offer a limited amount of free article views before requiring a paid subscription.

Apple also announced a credit card called “Apple Card,” in partnership with Goldman Sachs bank. You sign up from an iPhone and can begin using it from the phone within minutes. You’ll also get a titanium MasterCard for your wallet with your name etched on the card.  Apple says there will be no fees, not even late fees, and that it will transparently help users keep their balances (and interest payments) under control. One nice feature is that the app will show you the real names of the merchants that charge you rather than the obscure codes that sometimes show up on credit card statements. Apple also said that it will feature low interest rates, but didn’t specify the rate. Users will get 2 percent cash back immediately for all non-Apple purchases made with an iPhone using Apple Pay, 1 percent for purchases with the physical card and 3 percent back on Apple purchases.