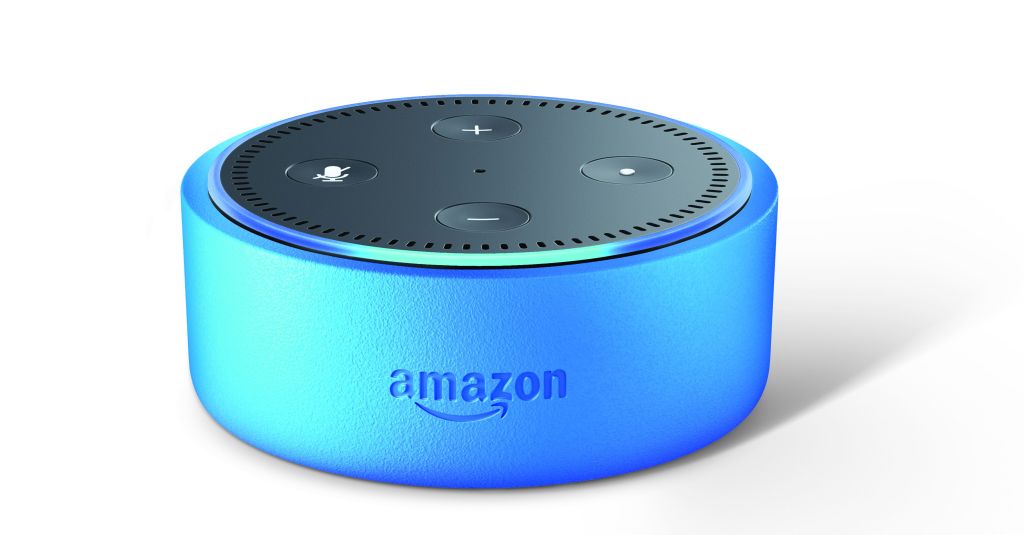 Amazon is going after the little-kids market, and I think that’s just fine. The company has long offered a children’s version of its popular Fire Tablet and now  offers Alexa content aimed at young users.

Amazon recently beefed up its parental controls for its FreeTime children’s content service giving parents access to activity reports on the content their kids are accessing. It also allows parents to set time limits and educational goals and shares tips on how to talk to their children about the content they access.

Amazon calls Alexa “a kid-friendly DJ, comedian, and storyteller.” I know several parents whose kids love Alexa not only for her ability to play music but to tell jokes (often pretty bad ones) and stories and turn lights and devices on and off. Someday kids may think of light switches the way today’s young adults think about rotary phones.

A few weeks ago Amazon loaned me a $99 Fire 7 Kids Edition Tablet so I could try out the FreeTime parental controls. I don’t have a young child, so I made one up called “Junior Magid.”

I set up the types of controls a parent might want to enforce on a young user, such as what content Junior could access, daily time limits and even rules. I also arranged to have two Fire Kids tablets sent to Kerry Gallagher, a digital learning specialist at St. John’s Prep in Danvers, Massachusetts, and director of K-12 Education at ConnectSafely.org, the nonprofit internet safety organization that I run.

Gallagher set up the devices for her 6- and 9-year-old daughters with rules that allowed them to view videos or play games only after they had spent at least a half hour reading. Gallagher said she liked the content information and suggested questions on the parent dashboard because “they will help parents get a better sense of what types of games, books, and videos their children prefer to engage with and spark important conversations about how that media is making their children think.”

As with any tech-based parental controls, these are supplements to actual parenting and not a replacement for sitting with your kids, talking about appropriate tech use and discussing what they’re doing with their technology. Good tech parenting also requires being a good role model; how parents use their own tech influences children.

In February, ConnectSafely sponsored a family night in Austin, Texas, during Safer Internet Day. The biggest complaint from the elementary school-age children was that their parents were spending too much time with their devices. It made me wonder who is more mature — the kids or the parents? For more of my thoughts about parental controls, visit connectsafely.org/parental-controls.

Speaking of parental controls, Google just announced that it’s allowing parents of kids who use the YouTube Kids app, aimed at children under 13, to limit their child’s videos to those whose channels have been reviewed by humans rather than algorithms. The YouTube Kids app has been criticized for allowing content that’s not suited for young viewers. By having human reviewers, it’s a lot less likely for an inappropriate video to slip through the cracks.

Starting May 9, Amazon will offer both a free and paid version of its FreeTime service specifically for Alexa. The free version will bring “parental controls and family-focused features” to any of Amazon’s Echo devices. The Amazon FreeTime Unlimited on Alexa service will offer kid-friendly content and skills and audio books at no additional charge for FreeTime Unlimited members or starting at $2.99 a month or free for Amazon Prime members who don’t subscribe to the Unlimited service.

Like the controls on Amazon’s tablets, the new Alexa for kids will allow parents to set time limits and bedtime curfews. Parents will also be able to control services and “skills.” A skill is like an app, which can come from third parties.

Amazon is using the same design strategy on its new Echo Dot Kids Edition as it does with its Fire Kids Edition tablets. The hardware is essentially the same as the adult edition but with a rubberized case in a choice of colors that “ruggedizes” the device while making it more visually appealing. Like the tablet, the children’s Echo Dot is more expensive than the adult model ($79.99 vs. $49.99), but it’s a good deal when you consider the bundled content.

I started out by saying “Amazon is going after the little-kids market,” which I’m sure raises some concern among adults. To me, the issue — whether it’s Amazon, Google, Facebook, Disney or any other company — is whether parents are truly in control and whether the company is doing a good job making sure the content is age-appropriate. There are some who object to any products aimed at kids, but the fact is that kids love to use technology, love story-telling and media and benefit from learning tools. To me, the question isn’t whether products such as Alexa for Kids should exist, but whether they are carefully crafted to serve the needs of families without taking unfair advantage of children.

Prom dresses breaking the bank? Bay Area teens have an app for that

Prom dresses breaking the bank? Bay Area teens have an app for that