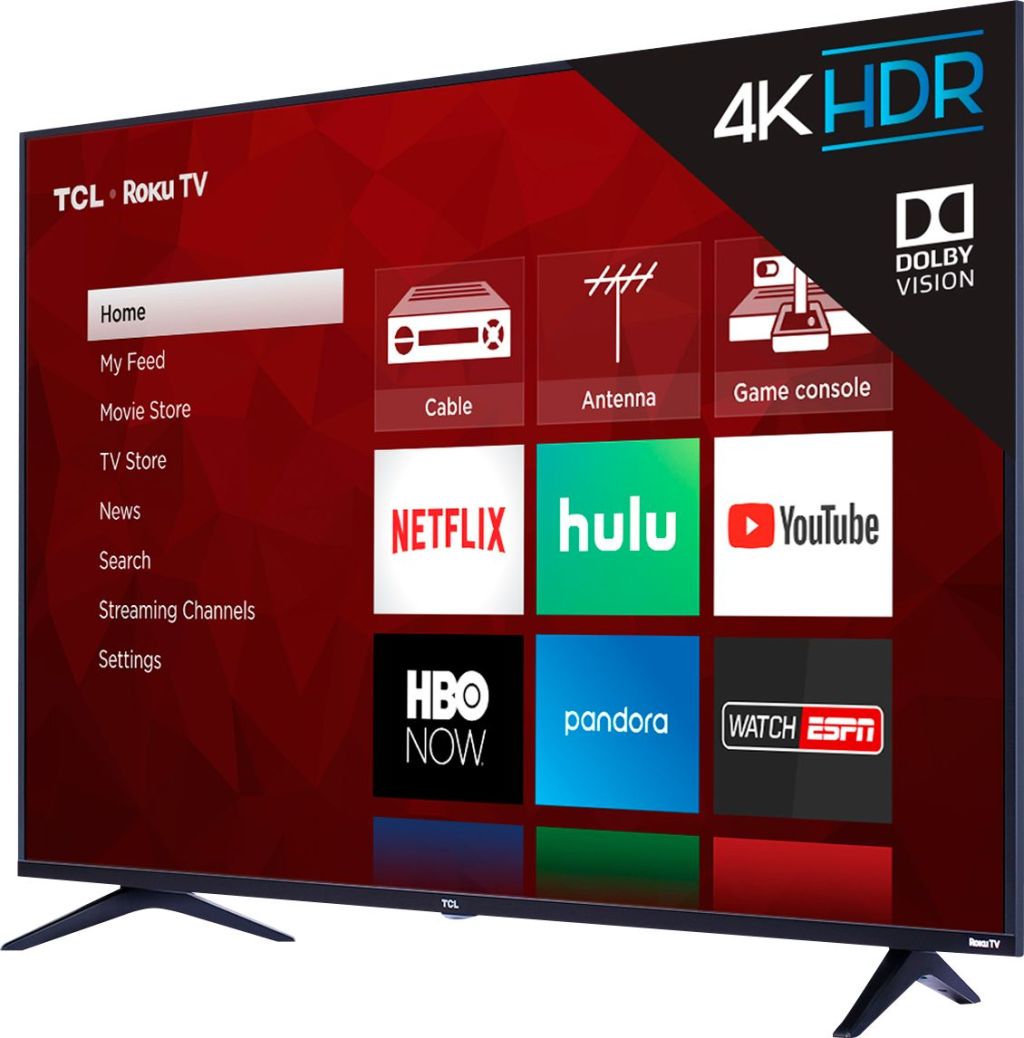 A few weeks ago I bought a 55-inch TCL 5-Series 4K TV. A few days later, I brought it back to the store to exchange for an otherwise identical 49-inch model.

Before I bought the first set, I did some research to determine the ideal-size set for my room. People who write articles about TV size generally focus on the distance between the set and where you’ll sit.

That’s a sensible concept, but the formulas didn’t work for me. I put the TV in our new “media room,” which is basically a medium-sized bedroom. Because of the dimensions of the room, the maximum distance between our eyes and the screen is 87 inches. Based on the calculations from Crutchfield, Reference Home Theater, RTINGS and other expert sites, it was about right. If anything, based on the recommendations, that 55-inch TV might have actually been too small.

But these recommendations are based on formulas that mostly have to do with the amount of distance you need to avoid seeing the pixels on the screen as separate dots. Because 4K TVs are very high resolution, it’s almost impossible to be “too close” to a set based on that criteria. But as my wife and I sat and watched TV, we had a different criteria and we found that big set overwhelming.

So we swapped out the 55-inch set for a 49-inch one and are much happier.

The TCL Series-5 is far from the most expensive 4K TV but, based on reviews and my own observations, it’s a solid performer, especially considering the price at $400 for the 49-inch model and $500 for the 55-inch set. Other sets (including TCL’s own more expensive Series 6 models) get better reviews but when I looked at several models side-by-side, I found relatively little difference. It’s not like the old-days when the Sony Trinitron or Vega cathode-ray-sets where orders of magnitude better then less-expensive sets. The differences between the most and least expensive 4K sets, while noticeable, are not enormous.

What I like about TCL sets is that they have Roku built-in so you don’t have to buy or connect a separate device for streaming TV. Of course, Samsung and most other TV manufacturers also have “smart” TVs with streaming stations, but none has as many channels as Roku. There is even a Comcast/Xfinity Roku app which allows us to watch regular cable TV (including shows recorded on our Xfinity digital video recorder) via the Roku without our having to go to the expense and hassle of renting another set-top box and wiring the room for cable.

Regardless of brand, if you are upgrading from a 1080p TV to a 4K, don’t expect to be blown away by the difference. 4K is definitely sharper than 1080p, but the difference is not all that great, simply because 1080p is already amazingly good. We still have our old Vizio 1080p 55-inch set in our living room and, frankly, I don’t see a world of difference between the two sets.

One thing you do give up with almost any new TV is great sound. That’s partially because these sets are so thin that they don’t have room for good speakers. The sound on our older, thicker and much heavier 1080p set is much better than any of the thinner new 4K sets I tested.

Fortunately, there is an easy fix. You can add a soundbar to any TV for as little as $100. We opted for a Vizio SB3651-E6 36″ 5.1 Channel SmartCast Soundbar System, which Costco was selling for $200. The soundbar itself, which sits in front of the TV, has a left, right and center speaker plus there is an external sub-woofer and two external surround sound speakers. You can pay a lot more for a TV sound system but, for this small room and our needs, it’s more than adequate.

If you get a new TV and a new soundbar, make sure they both support HDMI ARC. Most new TVs have two or more HDMI ports including one labeled ARC that connects to compatible soundbars. With ARC, you can control the soundbar volume with the TV remote. Other functions need to be controlled from the soundbar remote or the soundbar itself.