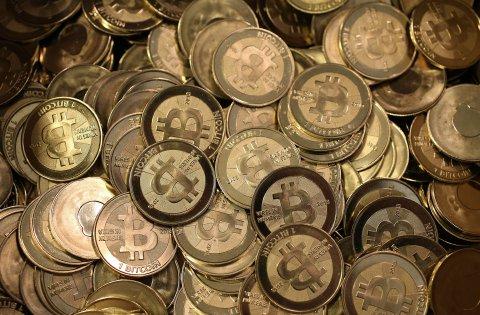 On the plus side, I was impressed by how some new products might lead to significant benefits. On the negative side, I am worried about how the misuse of social media and threats to our privacy and security may cause us to remember 2017 as the year the net turned sour.

Let’s start with some promising technologies. Although Apple’s new iPhone X is mostly just an iterative and expensive upgrade, its effective use of facial recognition is a big step forward. The iPhone X is far from the first tech product to include facial recognition, but it’s the first one I’ve used that’s not only extremely fast, but unlike the facial recognition in my Windows 10 laptop, it actually works nearly every time. Google’s Pixel 2 smartphone is also — in most ways — just a hair better than its predecessor, but Google has figured out a way to make fingerprint recognition work well enough to cause me to rarely need to use my PIN.

2017 was also the year when artificial intelligence started to go mainstream. It still has a long way to go, but Google’s Android is getting better at anticipating your needs. It can let you know about an upcoming flight based on what it sees in your email or welcome you home when it detects you at your front door. The Amazon Echo not only plays music on demand, but can anticipate what type of music we want to hear. And lots of devices, including smart watches, remind us to get up and move when we’ve been sitting around too long. This is just the start as products begin to go beyond serving our needs to anticipating them.

2017 is also the year when 4K TVs became mainstream. When I first saw a 4K TV several years ago, I couldn’t figure out why anyone would spend thousands more for a TV with a picture that wasn’t noticeably better from a few feet away than 1080p sets. That’s still true, but 4K is now pretty much the standard and adds very little to the price tag of new TVs. It’s not enough to get me to replace my 1080p television, but I’ll go with 4K the next time I shop for a new one — assuming 8K or even 10K sets aren’t affordable by then.

The tablet market continued to shrink in 2017 now that phones are getting bigger and laptops smaller. PC sales also continued their decline except for “convertible” machines such as the Microsoft Surface Pro, Lenovo Yoga and HP Spectre 360, which serve as both laptops and tablets.

Home automation continued to evolve in significant ways, including the widespread adoption of voice control — mostly via Amazon Echo and Google Home — that allows many of us to turn on lights and control appliances without having to touch a switch. Before I went to bed last night, I told Alexa to turn off my Christmas tree lights and my electric fireplace.

Tesla released its long-awaited “$35,000” Model 3 but in extremely limited quantities. Most customers opted to pay more, thanks to desirable but expensive add-ons such as an extended battery and “auto-pilot” software. Tesla is doing great when it comes to introducing new products, but not so good when it comes to keeping up with demand.

Twitter continues to struggle to turn a profit, but in 2017 it doubled the size of tweets to 280 characters. As with any change, some love it and some hate it, but most will eventually get used to it. The company also made strides toward reducing harassment but still has a way to go.

Bitcoin had an interesting year with explosive growth, combined with incredible volatility that still makes buying it a risky proposition. Yet, the underlying technology behind cryptocurrency is on the verge of becoming mainstream, as banks, tech companies and even governments explore ways to employ the blockchain anonymous ledgers used in bitcoin for other types of transactions.

Facebook’s 2017 was mixed. From the revenue and user growth side it did just fine, but revelations that it may have impacted the 2016 election are hurting its reputation with both consumers and lawmakers. One of the most chilling indictments of the year came during a Congressional hearing when (then) Sen. Al Franken, D-Minn., pointed out “People are buying ads on your platform with rubles,” adding, “They’re political ads. You put billions of data points together all the time” yet as the Facebook executive across the table admitted “it’s a signal we should have been alert to, and in hindsight, it’s one we missed.” After watching those hearings with Facebook, Twitter and Google executives, it’s clear to me that 2017 represents the beginning of a tech backlash that could result in legislation over the next year or two.

The Russian interference wasn’t just about praising or condemning candidates, but about dividing Americans with incendiary stories spread on fake accounts and pages. These stories were aimed at both the left and the right and were designed to influence a vast swath of Americans including those who, ironically, have been vocal about putting America first.

Speaking of Franken, sexual harassment was a huge issue throughout our culture, but, in addition to politicians and entertainment giants, it also affected the tech world. Uber’s CEO Travis Kalanick lost his job partially because of a workplace culture that allowed for sexual harassment and discrimination against women. Several venture capitalists and other tech luminaries lost their positions because of harassment allegations as the #MeToo movement spread throughout the Valley.

Net neutrality suffered a major blow in 2017 courtesy of the Federal Communications Commission, which rescinded an Obama-era rule that prevented internet service providers from discriminating against or for content, based on their business interests. Congress also took a swipe by voting to give ISPs more leeway over what they can do with consumer information such as browsing habits, app usage history and location data.

2017, like its recent predecessors, saw some horrific cyberattacks, including the Equifax breach that affected more than 145 million people. We’re at the point where these types of breaches are becoming almost background noise, but to those affected they can bring real pain. It’s a cat-and-mouse game as cybersecurity experts develop better prevention tools just as cyberthieves up their game.

So, as we close the books on 2017, we approach the new year with the knowledge that there is a lot of work to do, not least of which is doing all we can to encourage peace on Earth and goodwill toward men and women in our online and offline interactions.

Review: For this jazz lover, Apple Music is tops