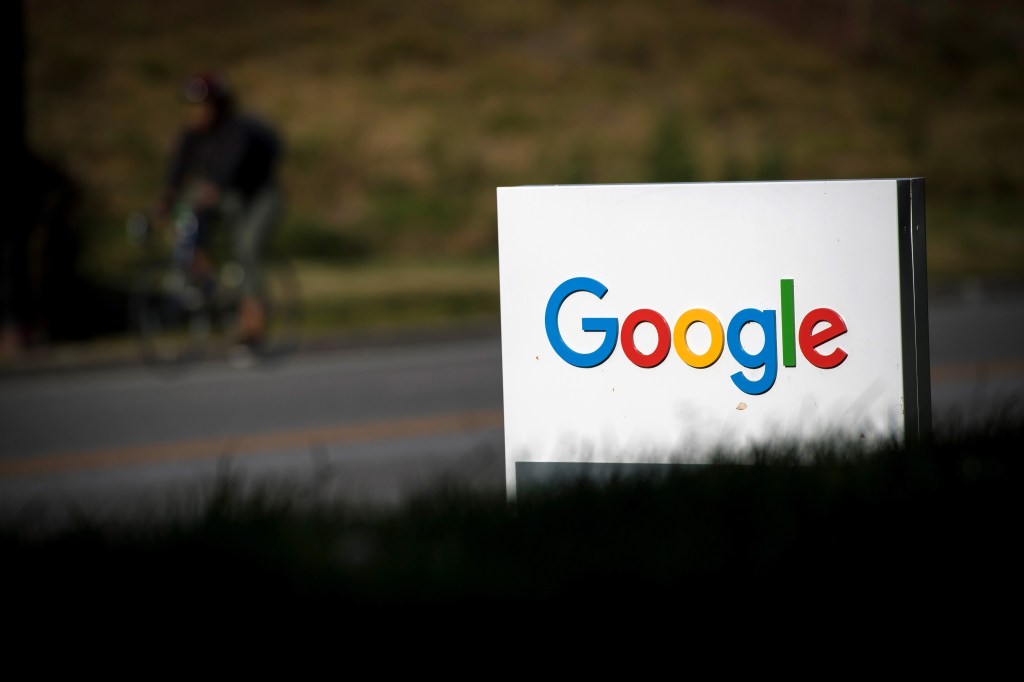 For more than two years, a small and stealthy group of engineers within Google has been working on software that they hope will eventually replace Android, the world’s dominant mobile operating system. As the team grows, it will have to overcome some fierce internal debate about how the software will work.

The project, known as Fuchsia, was created from scratch to overcome the limitations of Android as more personal devices and other gadgets come online. It’s being designed to better accommodate voice interactions and frequent security updates and to look the same across a range of devices, from laptops to tiny internet-connected sensors. Google Chief Executive Officer Sundar Pichai has set his company in this direction — toward artificial intelligence services that reach consumers everywhere. Yet its prime operating systems, which depend on scores of hardware partners, haven’t kept up.

Start your day with the news you need from the Bay Area and beyond.
Sign up for our Morning Report weekday newsletter.

Here’s what’s already known about Fuchsia: Alphabet Inc.’s Google started quietly posting code online in 2016, and the company has let outside app developers tinker with bits of the open-source code. Google has also begun to experiment with applications for the system, such as interactive screen displays and voice commands for YouTube.

But members of the Fuchsia team have discussed a grander plan that is being reported here for the first time: Creating a single operating system capable of running all the company’s in-house gadgets, like Pixel phones and smart speakers, as well as third-party devices that now rely on Android and another system called Chrome OS, according to people familiar with the conversations.

According to one of the people, engineers have said they want to embed Fuchsia on connected home devices, such as voice-controlled speakers, within three years, then move on to larger machines such as laptops. Ultimately the team aspires to swap in their system for Android, the software that powers more than three quarters of the world’s smartphones, said the people, who asked not to be identified discussing internal matters. The aim is for this to happen in the next half decade, one person said.

But Pichai and Hiroshi Lockheimer, his deputy who runs Android and Chrome, have yet to sign off on any road map for Fuchsia, these people said. The executives have to move gingerly on any plan to overhaul Android because the software supports dozens of hardware partners, thousands of developers — and billions of mobile-ad dollars.

Android is also the subject of regulatory scrutiny and legal squabbles for the company, which means any changes to the software will be closely watched. European regulators on Wednesday levied a record $5 billion antitrust fine against the company for using the mobile software to spread its services. And within Google, Fuchsia already faces some internecine squabbles over how it should be designed and deployed, particularly when it comes to privacy features.

Publicly, the company points to Fuchsia as an example of its freewheeling approach to creative products. “Google views these open-source experiments as an investment in innovation,” a company spokesman said in an email. In 2015, Lockheimer wrote a blog post that said the company had no plans to replace its Chrome operating system with Android, a position the Google spokesman said still applies today.

Still, Fuchsia is more than a basement skunkworks effort. Pichai has voiced his support for the project internally, said people familiar with the effort. Fuchsia now has more than 100 people working on it, including venerated software staff such as Matias Duarte, a design executive who led several pioneering projects at Google and elsewhere. Duarte is only working part-time on the project, said one person familiar with the company.

The initiative is focused on better competing with Google’s chief smartphone rival, iPhone maker Apple. While Android’s roughly 85 percent market share crushes Apple’s 15 percent, the Apple operating system has a leg up in areas like performance, privacy and security, and integration across Apple devices. Another key advantage: Most iPhone users quickly update their phones when Apple releases a new version of the operating system, while less than 10 percent of Android users do. This means Google’s latest services only reach a fraction of Android users.

“Switching away from Android could provide Google the opportunity to hit the reset button on any mistakes they believe they made a decade ago,” said Jeffrey Grossman, co-founder of messaging app Confide. “They might be able to regain some power that they’ve ceded to device manufacturers and telecom carriers.”

Google relies on phone makers and wireless network operators to push regular operating system and security updates to Android devices. These partners don’t have as much incentive as Google to distribute the latest software: Phone makers would rather sell new hardware, and telecom companies have other priorities. Google has tried to address this problem head-on recently. In May, the company modified its agreement with handset makers requiring them to updates devices with security patches multiple times a year.

There are some signs that Fuchsia is incorporating even tighter security measures. In the software code posted online, the engineers built encrypted user keys into the system — a privacy tool that ensures information is protected every time the software is updated. They’ve also recruited expertise. Nick Kralevich, a lead security engineer for Android for nine years, shifted to work on Fuchsia in January, according to his LinkedIn profile. In the code pages, the Googlers working on Fuchsia specify that the software is not finalized.

At the moment, Android, which was developed when phones were just beginning to use touchscreens, is also not built to handle the type of voice-enabled apps that Google sees as the future of computing. So Fuchsia is being developed with voice interaction at its core. The design is also more flexible in that it adjusts to multiple screen sizes — an attempt to cater to the new products, such as televisions, cars and refrigerators, where Google is spreading its software.

Despite the engineering pedigree and support for Fuchsia, Google has yet to unveil a real-world use of the software. Some developers have toyed with the operating system, but none have set it as the foundation for an app or service on a popular commercial device. Recent code posted on a Google developer site suggested a YouTube application may be in the works, but there are no official Google services running publicly on the system.

The company must also settle some internal feuds. Some of the principles that Fuchsia creators are pursuing have already run up against Google’s business model. Google’s ads business relies on an ability to target users based on their location and activity, and Fuchsia’s nascent privacy features would, if implemented, hamstring this important business. There’s already been at least one clash between advertising and engineering over security and privacy features of the fledgling operating system, according to a person familiar with the matter. The ad team prevailed, this person said.

Moving away from Android and Chrome could carry other risks for Google. A huge contingent of independent developers and device makers, such as Samsung, Huawei and LG, rely on the operating system. Chrome OS is also important software that runs web-based laptops used by many schools and other organizations. Google can’t simply stop supporting Android and Chrome OS and expect this huge ecosystem to move to Fuchsia quickly.

Another risk comes from the foundation of the new operating system. Android and Chrome OS are built on Linux. The “Linux kernel” is the core of Google’s current operating systems, handling instructions zipping between the hardware and software of smartphones and other devices. Fuchsia uses a different kernel, called Zircon, that eschews many of the older technologies in Linux. This could make some existing devices incompatible.

Moving from Linux, though, could have upsides for Google. Android’s use of the technology, which is distributed by Oracle, is at the center of a lengthy, bitter lawsuit between the two companies. Shifting away from using Linux would help Google’s legal case that its software isn’t reliant on Oracle.

Another benefit to Fuchsia: the project offers a technical challenge for several veteran open-source hackers at the company. As it often does, Google has put some longtime personnel on this complicated, long-shot effort rather than risk losing them to rivals. One person who has spoken to Fuchsia staff described the effort simply: “It’s a senior-engineer retention project.”