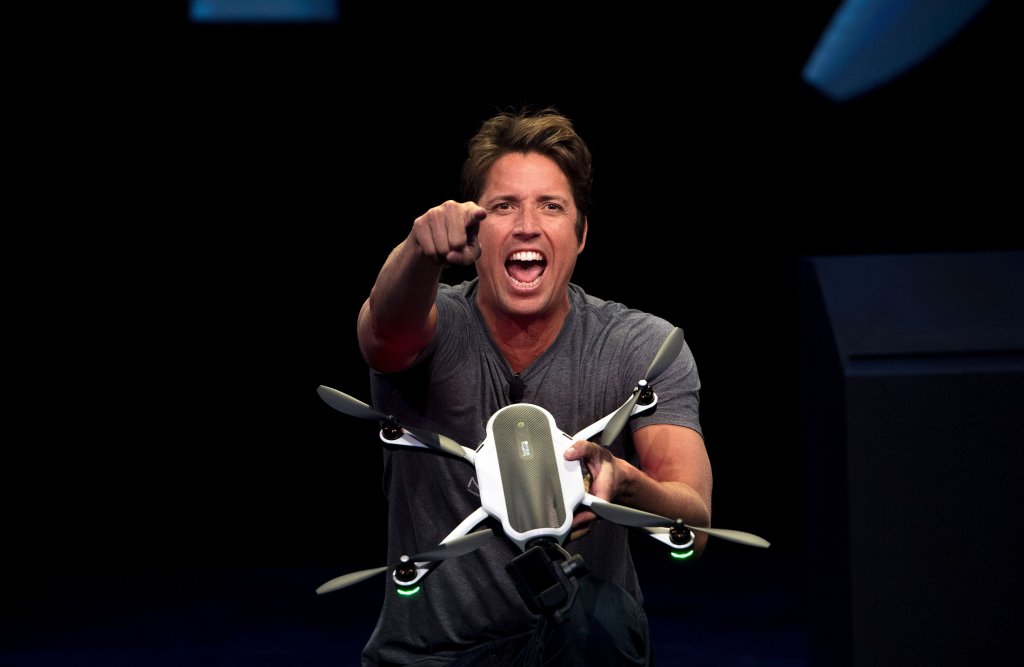 SAN MATEO — Sport-camera maker GoPro confirmed Monday it will slash at least 20 percent of its workforce and drop its Karma drone business as it restructures operations.

The company has faced weakening sales and the lack of a new, hit product. It also released preliminary earnings Monday for the final quarter of 2017 that fell short of analysts’ expectations.

Before U.S. stock markets opened, GoPro said the job cuts would leave the company with less than 1,000 workers, down from its current level of 1,254 employees.

Chief Executive Nick Woodman also said he would cut his cash compensation for 2018 to $1.

All the bad news from GoPro slammed the company’s shares Monday, as GoPro’s stock price fell 21 percent to $5.95. GoPro shares are also down by 75 percent from their $24-a-share price when the company went public in June 2014.

GoPro is pulling the plug on its Karma drone business after more than a year of false starts, product stumbles and disappointing sales. The San Mateo-based company said that even though the $800 Karma has reached the No. 2 position in the United States for drones in its “price band,” the company decided the drone market was “untenable” due to “a hostile regulatory environment in Europe and the United States (that) will likely reduce the total addressable market in the years ahead.”

GoPro initially put the Karma on sale in October 2016, but pulled it from the market after just 16 days. That followed multiple reports of technical issues, which caused the drones to drop from the sky as they were flying. GoPro put the Karma back on sale in February 2017.

Michael Pachter, of Wedbush Securities, said GoPro became a victim of both hubris and desperation as it tried to make a go of it in the drone sector.

“Drones are a competitive space,” Pachter said. “Karma was priced significantly higher than the competition, and the GoPro brand wasn’t enough for consumers to justify the higher price. I think they made a strategic error in pursuing entry into such a competitive space, and it proves how hard consumer electronics innovation has become.”

Along with the job cuts and plans to get out of the drone business, GoPro released preliminary fourth-quarter results, which didn’t do anything to inspire investors’ confidence. GoPro said it expects sales for the quarter that ended Dec. 31 to be $340 million, a 37 percent decline from the same period a year ago. Wall Street analysts had earlier forecast GoPro to report sales of $472 million for the quarter.

Woodman said GoPro’s results were impacted by several factors, including consumers’ reluctance in November to purchase the company’s Hero5 Black camera at the same price it cost when the camera was launched in late 2016. Woodman said sales did improve somewhat after GoPro cut the price of the Hero5 on Dec. 10.