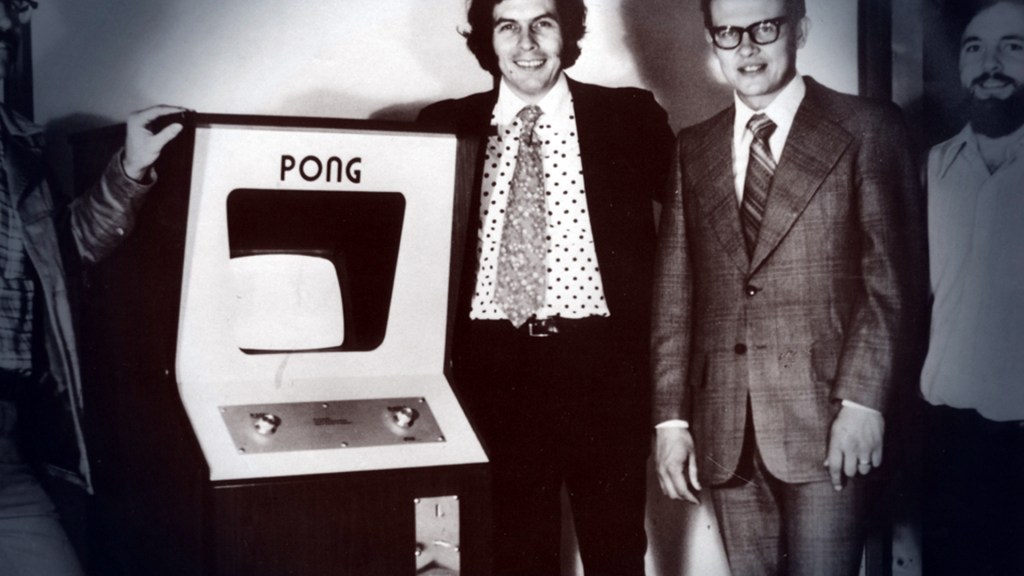 Ted Dabney, a largely self-taught electrical engineer who co-founded Atari and – by devising a way to move objects on a television screen – played a crucial role in creating Pong, the coin-operated arcade game that helped launch the video-game industry, died May 26 at his home in Clearlake. He was 81.

The cause was esophageal cancer, said his wife, Carolyn Dabney.

With Atari co-founder Nolan Bushnell, a onetime carnival barker, Dabney created the world’s first mass-produced video game, a bulky and complicated arcade machine called Computer Space. The game was a commercial failure but a steppingstone to Pong, a digital version of ping-pong in which players move blocky white paddles up and down the screen.

While Pong went on to become a fixture of bars, pizza parlors, arcades and even hotels, spawning legions of imitators and a multibillion-dollar industry, Dabney soon parted ways with the company he helped build. He sold his share of Atari for $250,000, worked for semiconductor manufacturers and eventually ran a grocery store with his wife while living in the Sierra Nevada.

Until about a decade ago, his role in founding Atari and devising the circuitry that undergirded its earliest games was often overlooked.

“Bushnell was the frontman who did all the talking,” said Herman, who chronicled Dabney’s contributions in a 2009 article for the British video-game magazine Edge. “Ted never said anything. . . . He never thought of what he did as a big deal. He walked away from the industry and never looked back.”

Yet his skill with circuitry, honed in part while serving in the Marine Corps after graduating high school, made him a pivotal figure in the history of early video games.

“He devised the form that the arcade game would take when he did Computer Space,” said Chris Garcia, curator at the Computer History Museum in Mountain View, California.

Dabney, he said in a phone interview, built a standing cabinet to house the game’s circuit board, power supply and television monitor, and “his engineering methodology became a major influence on [Allan] Alcorn,” the engineer hired by Bushnell and Dabney to create Pong.

Samuel Frederick Dabney Jr. was born in San Francisco on May 2, 1937. His parents divorced when he was a child, and he was raised primarily by his father, an accountant who worked with Bay Area restaurants.

Dabney, who never went to college, said he mostly trained himself on the job and while taking classes as a Marine. He worked with the research department at Bank of America, developing early scanning devices for traveler’s checks, before joining Hewlett-Packard and then Ampex, an electronics company that produced early tape recorders and products for the military.

Eventually, he came to share an Ampex office with Bushnell, with whom he bonded over chess and the Japanese game of go. The collaboration that resulted in Atari began not with a video game but with the younger Bushnell’s dream of combining a restaurant with a carnival or arcade.

The duo began building out the idea, visiting restaurants together for inspiration, when Bushnell became intrigued by Spacewar!, an early computer game created at MIT. Though primitive, the game was played on the $20,000 monitor of a $120,000 PDP-1 computer, according to a 2011 article on the blog Technologizer. Bushnell began wondering whether a similar game could be played on the cheap, with little more than a modified television set.

Dabney, working closely with Bushnell, found a way to manipulate a TV’s video signal to do just that in 1969. Though he didn’t realize it at the time, his innovation occurred two years after a similar breakthrough by Ralph Baer, considered the father of video games, who later developed the Magnavox Odyssey console system.

Converting one daughter’s bedroom into a workspace, Dabney created a prototype of what became Computer Space, in which a player controlled a rocket ship to shoot down a flying saucer. The game was eventually released in 1971 through the manufacturer Nutting Associates.

Dabney and Bushnell had by then formed a company with an all but unpronounceable name, Syzygy (sih-zuh-gee). They re-christened their business Atari in 1972, taking its name from a term in go, and hired the babysitter for Bushnell’s children as their first employee, a receptionist. Their second hire was Alcorn, an engineer whom they tasked with creating Pong.

In a 2012 oral history with the Computer History Museum, Dabney said Bushnell had initially wanted to kick off their new company with a driving game, before seeing a demonstration of a ping-pong game on Baer’s Odyssey video game system.

“We had seen the Odyssey game, and it made sense,” Dabney said. “A ping-pong game is pretty simple. [So we decided] we’ll do that. And so Al, in about three weeks, he had it all done.”

The finished machines were sold for $937 each, Herman reported in Edge, because Dabney “looked out at the parking lot of their office complex one day and noticed a car that had the number ‘937’ on its license plate.”

Upon their release in the fall of 1972, Dabney said, the machines became so popular that several of them stopped working because their coin boxes grew overstuffed with quarters.

As the company’s success grew, relations between Dabney and Bushnell deteriorated, with Dabney expressing frustration at what he saw as Bushnell’s overriding focus on money. He left to work for Raytheon and Teledyne Semiconductor but later collaborated with Bushnell on his original dream project, the pizza arcade, developing a number call-out system to alert customers when their food was ready.

The restaurant, which opened in 1977 as Pizza Time Theatre and featured an animatronic rodent as its mascot, spawned the international restaurant franchise Chuck E. Cheese’s.

In addition to his wife of 37 years, the former Carolyn Madison of Clearlake, survivors include two daughters from an earlier marriage to Joan Wahrmund, Terri Dabney of Paradise, and Pamela Dabney of San Mateo.

Mr. Dabney and his wife operated their grocery store in Crescent Mills from 1995 until the early 2000s, as Dabney sought to move into the mountains and make his way in a town of what was then about 250 people.

“Money has never been a big thing with me,” he told Edge magazine. “I believe that anything over a full belly is just gravy.”

Magid: Reining in too much of a good thing