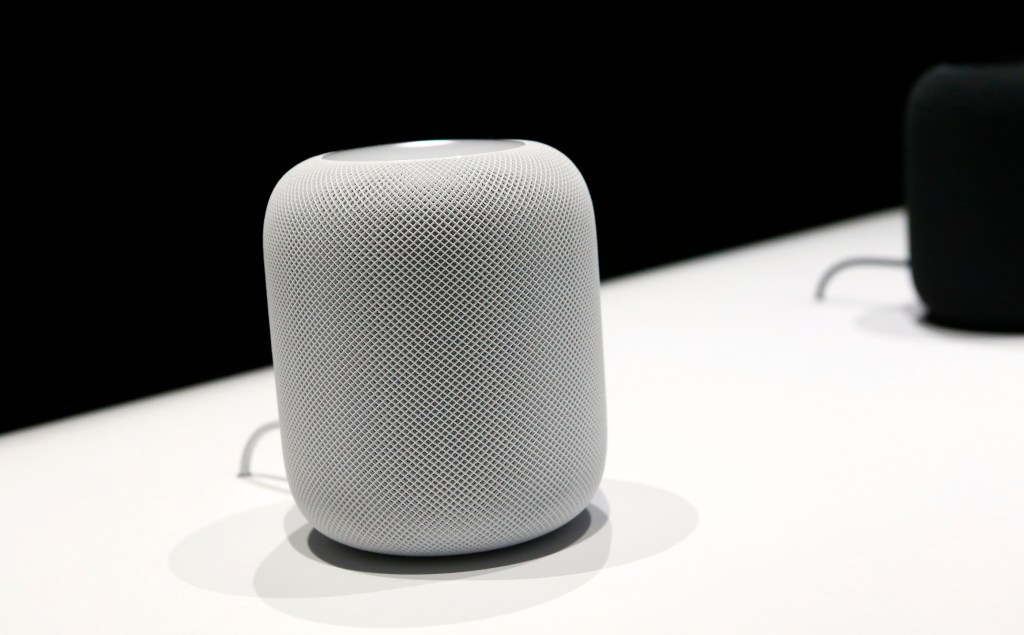 It’s later than expected, but Apple’s answer to the Amazon Echo and Google Home will be available at Apple Stores next month.

The $349 HomePod will arrive at Apple stores starting Feb. 9 in the United States, United Kingdom and Australia. France and Germany are next in line in the spring.

The device was announced last May at Apple’s Worldwide Developers Conference (WWDC) in San Jose with a December target date. However, Apple said in November that it was postponing the launch of its smart speaker until “early 2018.”

Pre-orders for the HomePod will begin Jan. 26. It will be available in white and space gray.

Apple claims HomePod’s main selling point is superior audio quality; at the WWDC, Apple called the HomePod a smart “musicologist” at home and said it is competing with Sonos’ high-end audio speakers rather than the Amazon Echo.

“HomePod is a magical new music experience from Apple,” said Philip Schiller, Apple’s senior vice president of worldwide marketing. “We’re so excited for people to get HomePod into their homes, apartments and businesses to hear it for themselves. We think they will be blown away by the audio quality.”

HomePod will rely on Siri to answer all commands. Siri will be able to send messages, become an iPhone speakerphone, set timers and reminders, and allow users to listen to the news, check the weather and control smart home devices connected to Apple’s HomeKit. The smart speaker will support third-party apps such as WhatsApp and ESPN.

HomePod’s ability to play across rooms or be set up with other speakers will not be available until later this year with a software update.

Apple also sought to quell any privacy concerns. The Cupertino tech giant says commands uttered only after “Hey Siri” will be recognized on the device. The recognized commands will be sent to Apple servers under encryption and using an anonymous Siri identifier, the company said.

Back to the future: 8 great retro gadgets made modern

Build compliant AWS Infrastructure with the New SaaS solution from…