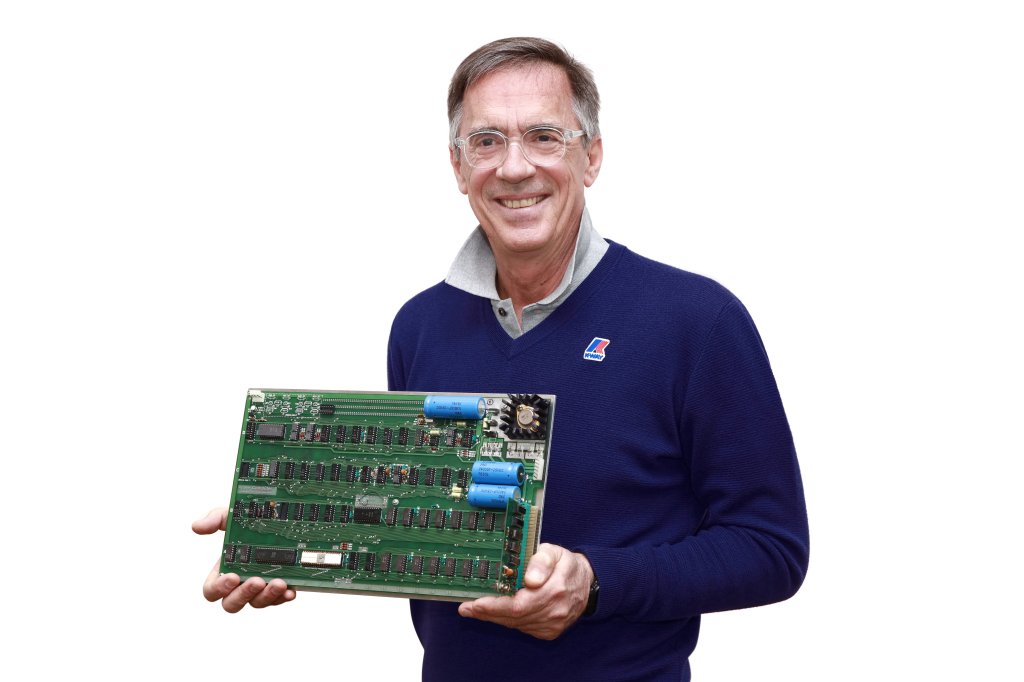 The rise of IT in the Silicon Valley is being chronicled in a new exhibit at the Cupertino Historical Society and Museum.

“Homage to the Information Technology Revolution,” which opens June 19, was conceived by Marco Boglione, founder and president of BasicNet, an Italian-based network of partners licensed to produce or market sportswear collections worldwide. Boglione wanted to tell the story of the people who shaped the area’s digital breakthroughs for a mass consumer audience.

These interviews will talk visitors through the machines in the exhibit, including the Programma 101, the first commercial programmable desktop computer, released in 1965 by Italian manufacturer Olivetti, and a very rare Apple-1, released in 1976, complete with its original kit. For the first time in its history, the toolbox Wozniak used to assemble the Apple-1 will be on display with his creation.

The show was curated by Cecilia Botta for BasicGallery, a Turin-based archive that houses one of the most complete collections of early computer history in the world.

The exhibit will be on view June-19-Sept. 19. Admission is free.